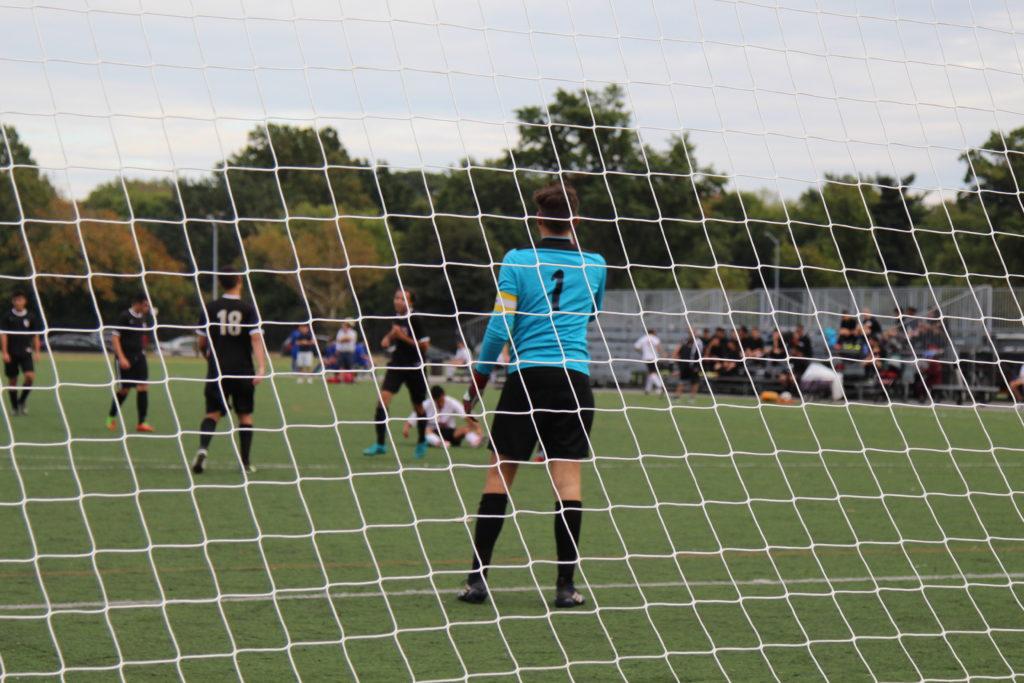 The girls’ bowling team is presently on their way to playoffs and tied for first place in their division. The girls, coached by Health and Physical Education teacher Maria Assante, will head to the first round of playoffs on November 8.

The boys’ bowling team finished their regular season with a record of 9-3. The boys placed second in their division, therefore advancing to their first playoff game starting November 6. “We rebuilt the team into something spectacular,” stated captain Farden Hossain. “I want the team to just continue on the path that we’re on, and keep on building the team up. A number of these guys practice day-in and day-out, and I want them to stay steady with that dedication, along with finding more rookies to continue to carry that dedication along. If they can keep that up, the team will see many more successful seasons ahead of them.”

The girls’ tennis team finished their season with a record of 7-3, finishing second in their division. “I think that the season went really well considering that we were seeded #6 in the city, as well as made it to the quarterfinals of playoffs,” stated junior Diana Stachula, co-captain of the tennis team. “It is a relatively short season, so with the limited number of practices we had, we went far.” Co-captain junior Jessica Wang added, “During playoffs, we ended facing the Bronx Science tennis team, which has always had a formidable reputation. I’m really proud of all of my teammates for how well they played this year.”

The girls’ swim team finished their regular season in second place with a record of 7-2. According to co-captain senior Annie Chu, their much of success is to be attributed to their coaches. “We owe basically everything to our coaches, Sally and Jordan,” she said. “They care so much about the team and we honestly can’t do it without them.”

With a 2-7-1 record adding up to nineteen points, the boys’ soccer team is in fifth place in their division. “We expected to make playoffs this season, so we didn’t meet our expectations. We were in a youth bracket and had a couple of tough breaks, but we did what we could do and fought hard,” commented co-captain Nick Skaliotis. “Hopefully the next captains and next squads can prepare better for the seasons by training all summer and by playing with heart and without fear.” The boys played their last game of the season on Monday, October 23.

The girls’ soccer team played their last regular season game on October 22, finishing the season with a record of 9-2-1. “Because of everyone’s efforts and determination to try their best, we had an amazing season,” stated senior Veronica Dolega. “Everyone did amazingly during the season, always tried their best, and kept the season fun and interesting.”

The girls’ junior varsity volleyball team has two games left in their regular season and a present record of 3-1. “We still have [two] games left but so far I think we’ve been doing good. The team is very strong and close,” commented co-captain sophomore Cathy Choo. “The team has been doing so well and working very hard to do better and pushing themselves to do so.” The girls are currently in third place in their division.

Just recently reaching the end of their season, the girls’ varsity volleyball team obtained a record of 6-4. “We started this season where we left off last season,” explained co-captain senior Josselyn Navas. “Every one of our players has put in the work to show that they want to be on the court and it has definitely helped us grow as a whole.” The girls finished in third place in their division.

The boys’ fencing team is currently in second place in their division with a record of 6-2. They have two games left in their regular season. “…No matter if their [the fencers] performance may be inconsistent at times, they definitely show their passion for the team and work very hard to improve not just themselves, but the team,” commented captain senior Anil Singh. “However, overall, as a team, I think we have improved.”

This year, the boys’ badminton team finished with a record of 4-6. They finished the regular season in fourth place.

The girls cross country team has reached great success with two meets left in their season. “We recently had a freshmen/sophomore race where we became first in Queens borough,” commented co-captain senior Lisa Sakai. She is referring to the girls’ victory in the Freshman Sophomore Championships that took place on October 17 and 18. The freshmen girls won their 1.5 mile race with an average of 11:19.10, while the sophomores won their 2.5 mile run with an average of 19:48.90. “I hope to continue pushing the team to victory for indoor and outdoor track season,” Lisa continued.

With City Wide Freshman Sophomore Championships on November 4 and Cross Country City Championships on November 11, the success of the boys’ cross country team this season repeatedly achieved many personal bests, and the athletes continue to improve as the season progresses. “Looking into the future, we’re definitely a group that can and wants to run faster and we’re looking to translate that into success at meets and into building a strong athletics program at Townsend Harris,” said captain Jairo Reina.

Athletic Director Lauren Caiaccia expressed, “There’s a lot of success across the board. There’s a lot of teams that compete, and 9 out of the 11 eligible teams for playoffs qualified for the playoffs this year and finished at the top of their division, which is really awesome!”