Bridging the gap between science and engineering 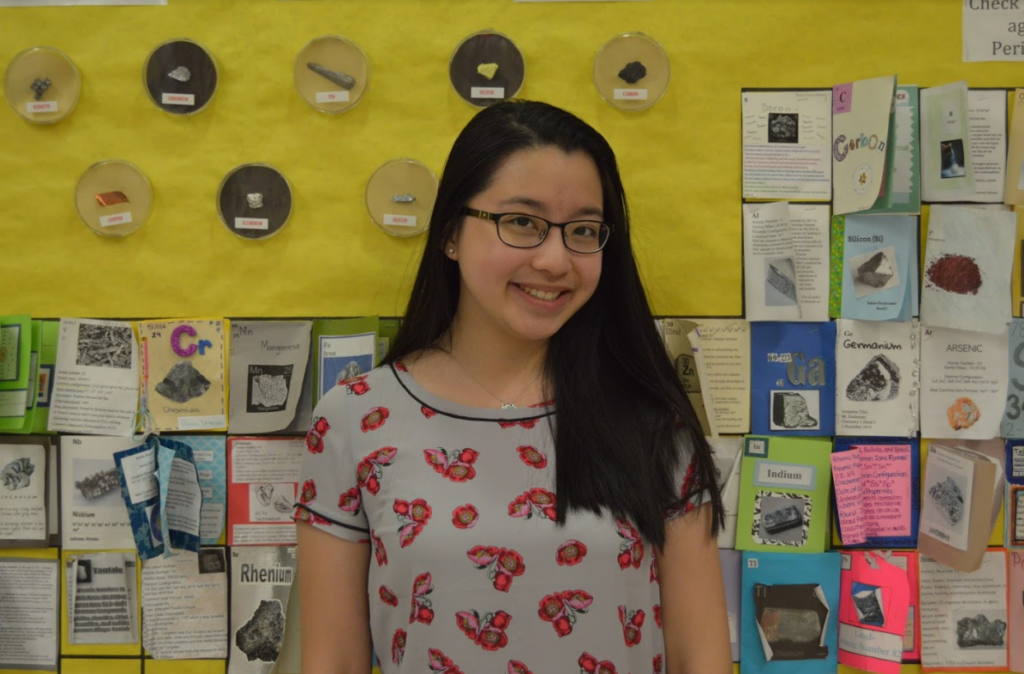 While many dream of space travel and piloting spacecrafts, little do they know that a vital component of spacesuits and the Mars Rover are likely found within the walls of their home. This group of materials is an ultralight substance derived from gel known as aerogel. The porous synthetic material holds 15 entries in the Guinness World Records due to its effectiveness as a low-density insulator. It is used by the National Aeronautics and Space Administration (NASA) in their launch vehicles, space shuttle applications, and rockets. However, it has been finding uses across a wide range of commercial industrial applications including pipe insulation and construction.

The beauty in this material’s wide range of uses lies in the principles of materials science: a field of study formerly regarded as a subtopic of physics and chemistry, but is now on the rise and in high demand in the workforce.

Science Olympiad Spirit Coordinator junior Michelle Lee, who placed first in the 2017 New York State Science Olympiad in materials science, explained, “[Materials science] is the study of all the materials, both derived from nature and manmade, we use in everyday life. It delves into the design, chemistry, practical usages, and creation of metals, polymers, ceramics, and composites.”

The composition of objects used in mundane manners are often overlooked, but knowledge in this topic has altered the way that people view seemingly trivial devices. President of Science Olympiad senior Annie Chu, Michelle’s partner in the NYS SciOly in materials science, added that it “adds another dimension of thinking because now you know why companies choose to use one thing over another when making their products, which is useful information for consumers.”

The importance of materials science is not only illustrated by large-scale structures such as buildings, but also in personal apparel. Senior Niyati Neupane, who medaled in the top ten at the New York Metropolitan Science Olympiad in materials science, commented, “I learned about superabsorbent polymers that can retain extremely large amounts of liquid relative to their own mass. A hydrogel called polyacrylic acid debuted in diapers in the 80s and has been used ever since.”

“Materials science is at the forefront of many technologies such as nanotechnology, space travel, and our everyday lives,” said Michelle. “It bridges the gap between science and engineering, which to me is very beautiful.”