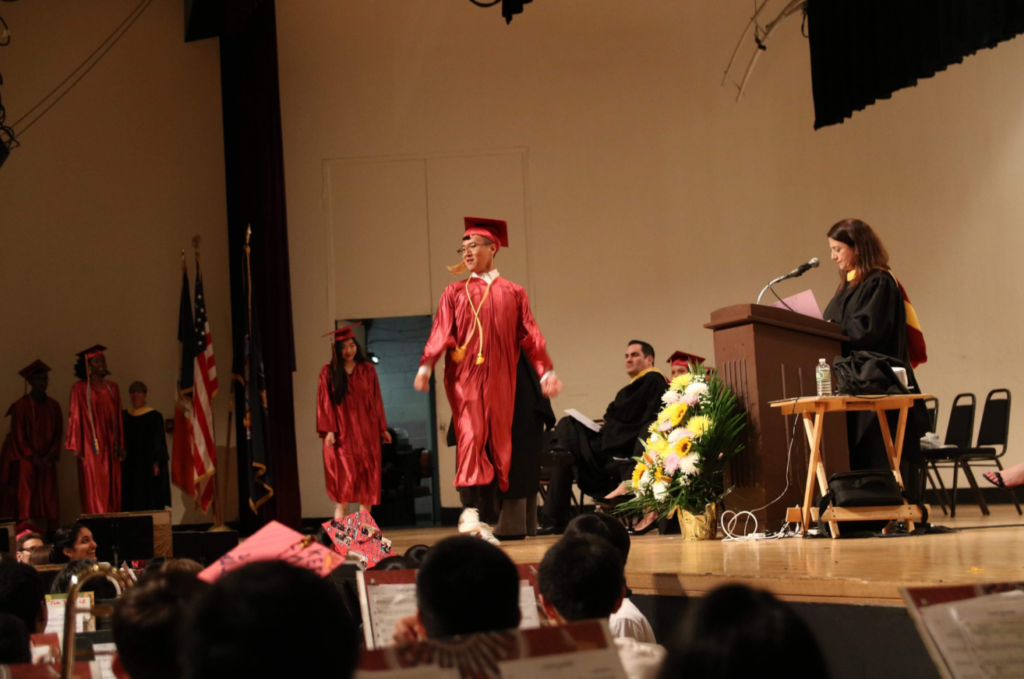 The Class of 2018’s commencement ceremony resulted not only in sentimental photos and congratulatory speeches, but also a video that went viral on multiple Instagram accounts with millions of followers. On his way to receive his diploma, senior Phillip Ji hit the “shoot” dance across the stage, a seemingly insignificant gesture that resulted in his appearance on the screens of Instagram users around the world.

For Phillip, there wasn’t much thought that went into sending the video to popular Instagram accounts. “It was for the laughs,” he stated. “I knew it was going to go viral if I sent to at least one account. It eventually got posted on @viralgalaxy, but then other accounts found it and [it was] reposted on two other accounts.”

Phillip was right, as his video clip rapidly spread both within the Townsend community and on Instagram, earning over one million views on @funnyhoodvidz, over 8,000 views on @viralgalaxy, and over 200,000 views on @funny. Students were surprised to see a familiar face and recognize the Townsend Harris banner hanging above the stage on such a popular account with 7.4 million followers.  “I actually followed the page and saw the video, but [I] didn’t recognize that it was [Phillip] until I met with my friend Joseph Zhao and he pointed out it was Philip,” sophomore Denion Prifti said. “I was shocked. We both thought it was so cool that someone we knew could go viral because we could never imagine it being someone from our school. It’s always people in California, Florida, or Texas that go viral.”

Junior Lynn Kemelman added, “It was really funny seeing his video. I never would’ve expected that someone would actually take it and edit it for a meme account.”

When Phillip saw that he was beginning to go viral, he started spreading the video himself. “Phillip reposted the post on Facebook and Instagram, so he was getting the word out there that he was becoming viral,” explained senior Kelechi Ibeh. “When I saw Philip on a popular Instagram account, I was proud of him because this was probably one of his goals.”

Seniors have also expressed their opinions on such an accomplishment. “I thought it was really cool that he went viral and I was proud of him,” senior Alan Tsigalnitsky said.

“I thought it was so funny,” added senior Karolina Grodzki. “At graduation when Phillip’s name was coming up, I knew he would do something iconic.”

Uncharacteristic of Townsend yet very characteristic of him, Phillip’s “shoot” dance has become one of many trending humorous graduation videos. For those who aspire to go viral as well, he advised, “Do it only if you’ll know it’ll go right.”