What you’re missing out on: Netflix rom coms 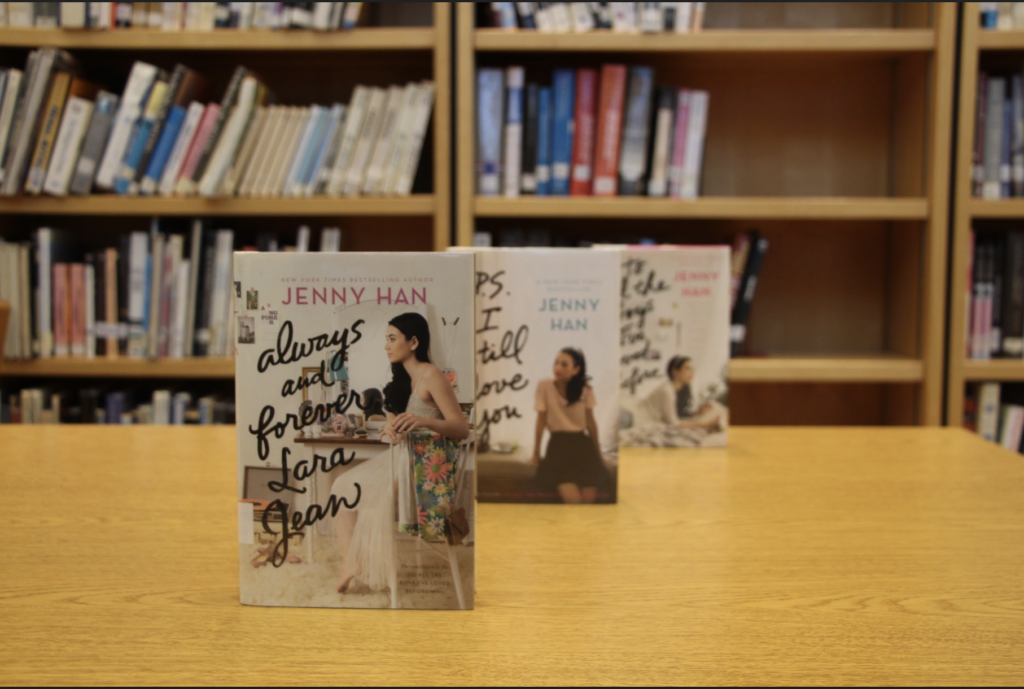 Netflix Original romantic comedies have captured the public’s eye within the past few months, bringing romantic stories every teen dreams of to the small screen. From whispers in the hallways shortly after the movies’ releases to infatuations with the films’ lead actors, Harrisites have been swept up in this pop culture phenomenon.

On May 11, Netflix released The Kissing Booth: the first of a series of rom coms to blow up this year. In the film, 16-year-old Elle starts dating her best friend’s brother and tries to keep their relationship a secret, thus creating problems. The Kissing Booth became incredibly popular for its fun plot and relatable nature. The second rom com was To All the Boys I’ve Loved Before, released on August 17. This film surpassed its predecessor in popularity mainly due to its cast diversity. The film tells the story of 16-year-old Lara Jean who has written love letters for each of the five crushes she’s had in her life. One day, the letters are sent out, and she finds herself in a fake relationship with past crush, Peter Kavinsky. Viewers instantly fell in love with Lara and Peter’s chemistry, as well as with the actors themselves. The final film to hit the charts was Sierra Burgess Is a Loser, released on September 7. Sierra Burgess, played by actress Shannon Purser, begins a texting relationship with popular high-school quarterback Jamey, who thinks he’s actually texting a cheerleader named Veronica. Sierra, having catfished him, fears that he will find out the truth and be disappointed.

These rom coms have a classic plot featuring teens who go through the trials and tribulations of love in order to find their happy endings. The movies’ realistic portrayals of the struggles of teenage romance have resonated with Harrisites by giving lead roles to female actresses to those with nontraditional races or body types. Senior Fisayo Adeoye explained, “…People felt like they could identify with the person on the screen more than other movies.”

Many also found it easier to relate to these movies because of their the ability to bring them back to a time when they too felt emotions similar to those of the main characters. Senior Beatriz Medrano commented, “I enjoyed watching the films more so because of how relatable they can be to the general high school crush craze one goes through and in trying to hide their emotions in a way, though not successfully being able to do [so].”

The lead actors’ and their characters’ close age proximity to our generation influenced teens to look into the actors’ lives. Senior Lazaros Xenophontos said, “After watching the movie [To All the Boys I’ve Loved Before] I just had to google to see if they [Lana Condor and Noah Centineo] were actually dating in real life and almost got mad because they weren’t.”

Following up on social media, the popularity of the actors has exceeded expectations. Less than a month after the release of The Kissing Booth, lead actress Joey King hit 3 million followers on Instagram after previously having barely a million. Her co-star Jacob Elordi also received the same attention. Noah Centineo, lead male actor in To All the Boys I’ve Loved Before and Sierra Burgess Is a Loser, gained over 7 million followers within a few days of TABILB’s release and is currently hailed as “The Internet’s Boyfriend” by his infatuated fans. Most impressive of all would be actress Lana Condor from To All the Boys I’ve Loved Before, who is being praised for her acting and for being one of the first Asian-American actresses to star as a lead role in a rom com.

The huge success that these movies have brought upon their young actors and Netflix is a rare feat. The comedic teenage romance sagas will be adapted into different visions and move forward with each new generation, but the fact that diversity and relatability are part of this new wave of rom-coms draws the attention of young audiences while also providing insight on our current youth for older generations.