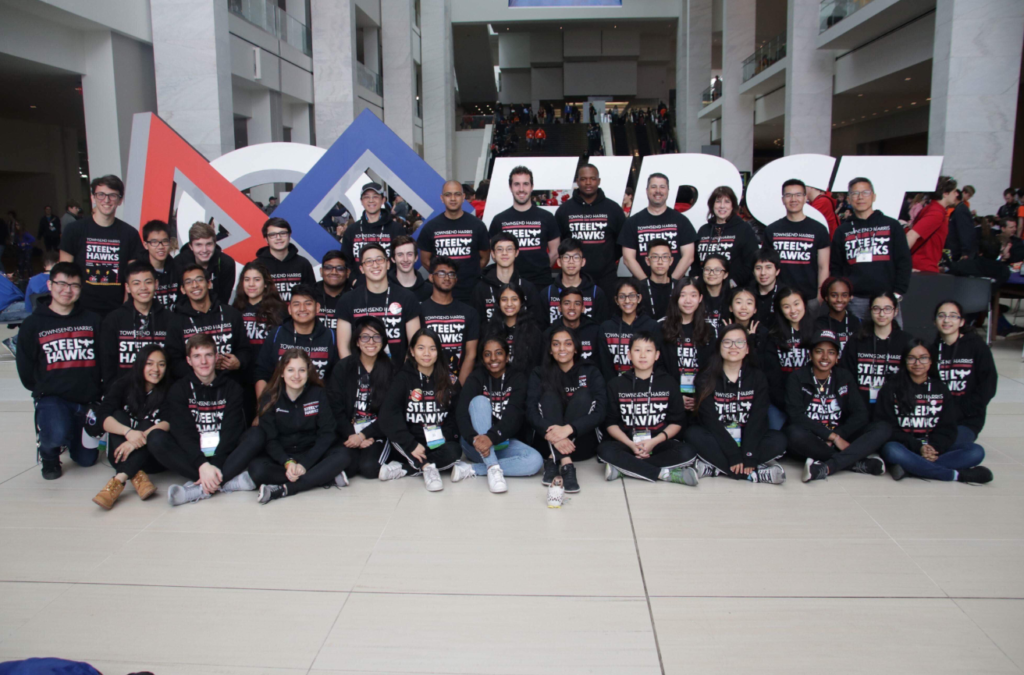 For Inspiration and Recognition of Science and Technology (FIRST) robotics recently released a letter on their website confirming their decision to retire Stop Build Day for the 2020 season of FIRST Robotics Competition (FRC). FIRST hopes that this will level the playing field and offer equal opportunities to international teams. However, because Stop Build Day has been a key part of the competition for years, this decision generated widespread shock among the robotics community, including the Townsend Harris Steel Hawks, and opposition against the change that may have just as many drawbacks as it does benefits.

Stop Build Day, a FIRST tradition since the competition’s creation, is the conclusion of a six-week build season during which robotics teams build a robot that is fit to compete in a certain game. “Stop Build Day is definitely the most stressful yet the most relieving day of build season,” Steel Hawks mechanical captain junior James Hopkins said. “Most of the time we are scrambling to get everything done before we have to let our robot go. But it is also the end to a very stressful time of the year.”

According to Frank Merrick, director of FRC and author of the article confirming Stop Build Day, this change serves to make the competition “more accessible and flexible for all participants.” He stated that eliminating a required date to stop building will give teams more leeway for factors that can’t always be accounted for, including school-specific schedules, vacation time, cultural/regional holidays, and extreme weather.

Merrick also mentioned that many teams with ample finances build a second robot to continue developing their design even after Stop Build Day. The new system, without a required end-date, can give these usually higher-ranked teams the option to build only one robot with the time to develop it to its full potential. Simultaneously, it gives under-financed teams the time to successfully complete their project.

Although this retirement is intended to benefit teams from all backgrounds, many feel that these changes will be ineffective in making a positive impact on the competition. Steel Hawks Head Coach Joel Heitman expressed his disapproval of the change, commenting that “the biggest [drawback] is that it’s [taking away] from the idea of doing something in a corporate time frame, like bidding on a job or having a deadline for an animation for Disney.” He continued to explain that the business aspect of each robotics team has been a signature part of FIRST’s identity. By having teams run like their own organization, students have had a wide range of opportunities to learn not only about STEM-related topics but also about management, finances, advertisement, fundraising, and media, among other things.

Another handicap of ending Stop Build Day is that high-ranking, well-resourced teams still have an advantage. Steel Hawks Vice President senior Joshua Tsai remarked, ¨I think that the amount that the less-privileged teams will [benefit] will not compare to the amount that the already top-notch teams will improve. Retiring Stop Build Day will have the opposite effect [than what was intended], and the power disparity will greatly increase.¨

Despite the fact that having more time to build a robot can be a game changer, FIRST has made it clear that teams are not required to deter from the previous six-week build season. If teams desire to follow their agenda from past years, then they may continue to do so, but they now have the opportunity to utilize their season differently.

For the Steel Hawks, Mr. Heitman and Assistant Principal of Science and Mathematics Susan Brustein both said that the team plans on holding to their six-week time frame. According to both coaches, extending the build season schedule would take too much of a toll on the team.

Not only is it mentally and physically challenging for the students given the long hours and time constraints for school work, but it is also difficult for the faculty. The teachers who mentor the Steel Hawks are not paid for the majority of the season. Because of their passion for what they do, the mentors sacrifice much of their personal and family lives to dedicate their time to the team.
“All of our faculty members deserve a completion time,” Mr. Heitman said. “[As] with any sport, when the coach is focused on that sport, it affects family time, and family is important.”

Ms. Brustein added that an extension of build season “just wears people out more. We’re a pretty big team, but if it’s a small team, it’s even harder on those people because there is no break… If the pressure never lets off, that’s not a healthy thing.”