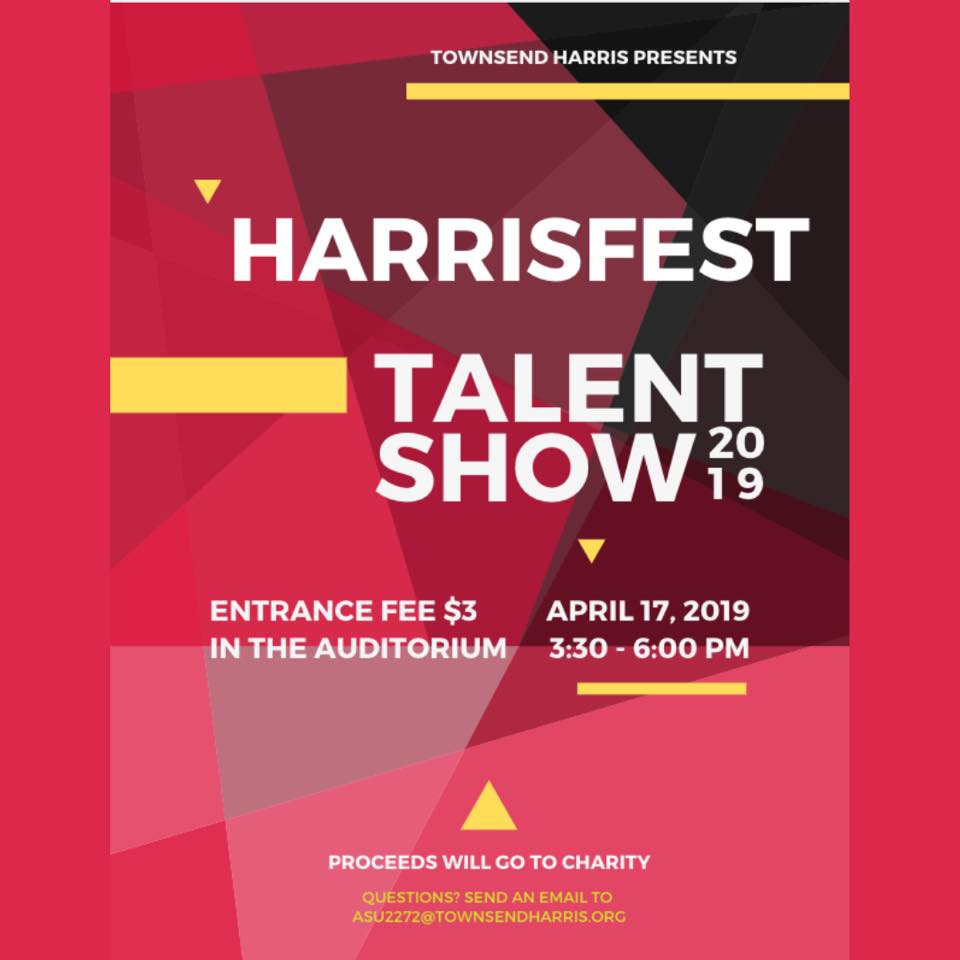 The latest Harrisfest took place on April 17. This show consisted of a variety of acts ranging from dancers, singers, and instrumentalists as well as some acts that you don’t see every day. All ticket proceeds were donated to help provide clean water to the people of Ethiopia.

The show began with seniors Oluwafisayo Adeoye and Amanda Vialva performing their rendition of Ed Sheeran’s Give Me Love. This was followed by the much anticipated Flibbon FON performance led by seniors Nathan Fredere and Ralph Rodriguez, which introduced a fusion of Filipino and Chinese culture. Several dancers performed to various genres such as rap and Latin pop. Singers performed covers, some alongside instrumentalists, and there was even a performance of an  original song titled Make It by junior Usha Sookai. The show was concluded with a solo dance by junior and Harrisfest organizer Annlin Su to Travis Scott’s Sicko Mode.

“As a fellow performer, I understand how exhilarating it is to perform on stage, and so, I wanted to give students another chance to share their unique talents,” Annlin said. “Not only can students share their talents and passions, but they can also help raise money for charity and give back to the community.”

Sophomore and performer Anika Rahman enjoyed the opportunity that Harrisfest gave her to perform her spoken word poem, This Poem is for You. The poem focused on the topic of anxiety and she wanted “to express what many students and [herself] go through.” Anika stated, “I wanted to open up the conversation to new audiences.”

Freshman Daniel Song participated in multiple performances as a singer. “Practicing with friends is something I really enjoy… The people I performed with all did their part and it made things go rather smoothly.”

One performer that stuck out to many was sophomore Angie Delgado. Angie’s act was a  combination of playing on her recorder and singing Car Seat Headrest’s Sober to Death. Many were surprised once Angie started to play the flute with her nose. “It was meant to be more of a funny ‘what if’ joke when I learned that I could play full songs by nose earlier in the school year,” Angie stated. “Then the last day of Harrisfest signups rolled around and I didn’t have an actual act ready, so at 4:00 in the morning, the last day, I decided to just go with the recorder performance on impulse.”

Despite the rather low turnout last year, organizers still wanted to continue the tradition of Harrisfest. “I saw the potential in Harrisfest and knew that if given a couple more tries, it would be a successful event that everyone would love,” said Annlin.

Angie expressed much enthusiasm for next year, stating, “I’m definitely joining Harrisfest next year, no question… all I’m going to need is an act to top this past one!”

The tradition of Harrisfest seems to be making a comeback, as the arrival appears to be a success. “I can say that Harrisfest is definitely here to stay,” Annlin stated.