Behind it all: an interview with the overalls 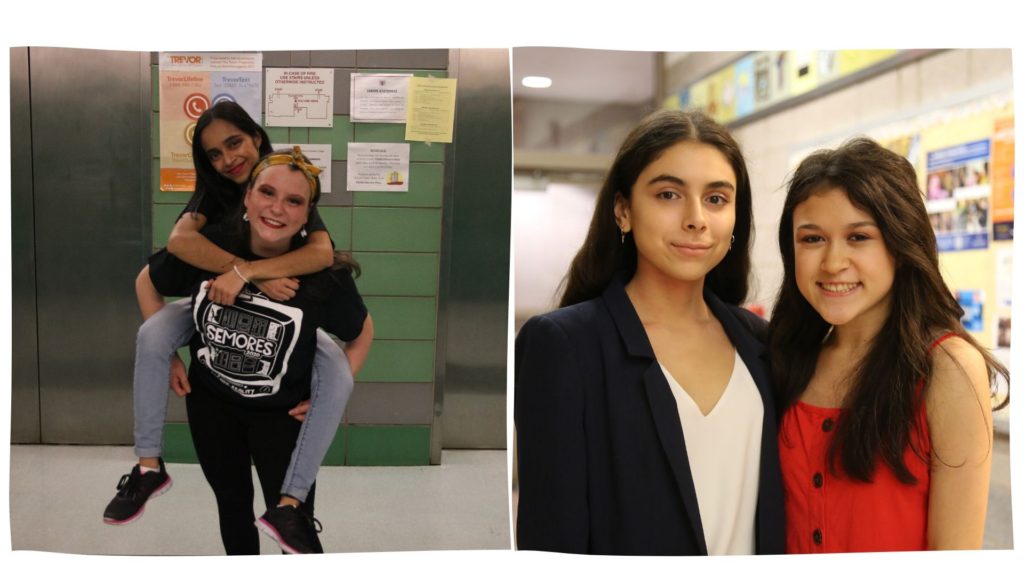 With the S!NG 2020 performances now finished, the directors shared their experiences coaching dancers and actors and immersing themselves in an intense production process for the past few months.

This year’s theme, chosen by the graduated S!NG directors of the Class of 2019, was reality television. The overall directors for the Freshiors are juniors Isabella Gallegos and Hannah Krayzman, and directing the Semores are seniors Savannah Sclafani and Usha Sookai. Overall directors are in charge of writing the script, directing the actors, and managing the work of all other departments.

Students often consider S!NG season to start in early October, but S!NG directors usually begin planning during the last week of June when they receive the theme. July and August are spent script writing, selecting songs, arranging harmonies, choreographing, drawing stage layouts, designing costumes, and organizing ideas to fit the show requirements. Once students return to school, the directors cast roles and build bridges between every department to make their vision come to life.

“Nothing beats walking into practice and feeling that energy,” Usha said. “I love producing a show with some of my best friends and seeing all of my effort and hard work pay off.”

Usha and Savannah explained a few of the difficulties they experienced during their two years directing. “The hardest part is learning to manage and balance responsibilities, especially as the show date draws near,” Usha said. Savannah added that it is difficult to “[manage] such a large group, close to 200 people, to bring this vision to life.”

As seniors, Usha and Savannah say they will miss the connections that spawned from S!NG beyond the actual show. “It’s more than just a project. It’s an experience that has shaped who I am,” Savannah commented. “It also has brought a group of amazing people into my life and for that, I will forever be grateful.”

“Creating is my passion and I can’t wait to use the skills I’ve learned from being a director later on in life,” Usha said.

The Semores made a wordplay on the assigned theme of reality TV, creating an original show called Escape Reality. According to Savannah, “the show incorporates both theatrical aspects of reality TV shows with everyday issues to illustrate how although you can’t escape reality, you never know what adventures life will bring.”

The opposing Freshior team also showcased their months of devotion and hard work on the stage.

Hannah elaborated on her role as an overall director. “My job entails writing a show that uses the given theme, which includes a sequence of songs and dances, casting actors and working with them on their execution of the scenes, overseeing the other departments, managing the costs of the production and scheduling fundraisers, and refining lighting and sound cues with the tech crew.”

Isabella added that “[she] had to write the script, and help pick the songs, give ideas for art, and direct the show.” Essentially, she “had a hand in almost every department, although the other directors had a part in leading their respective departments.”

Both directors clarified that there are no set requirements to become an overall director. However, Hannah said the role does “require dedication, patience, and a knowledge of performance.” As a previous actor, Isabella mentioned how working closely with the previous S!NG directors combined with her experience in theater outside of school helped her to earn her position.

Isabella explained that though directing has been a tiring process, she “would do it all again because it has taught [her] so many valuable lessons that [she] will use in the future.”

“Despite the stress, I have enjoyed every moment as a director,” Hannah said. “The hardest part[s] of being in charge [are] keeping track of all tasks that need to get done, balancing input from multiple sources and coming to compromises, as well as working to meet deadlines. These challenges are balanced by the gratification that comes with seeing our ideas come to life on stage.”

As the work for the productions came to an end, Hannah and Isabella hoped that the “audience took away the message that not everything is as it appears. Events can be twisted to paint false villains… it is important to stay true to oneself and one’s values.” Usha and Savannah added, “Although it’s really hard to escape reality, you should always dare to dream and make the seemingly impossible possible.”

Photos courtesy of Savannah Sclafani and by Jason Bacalla.