Spring musical goes for ‘creepy’ and ‘kooky’ with Addams Family 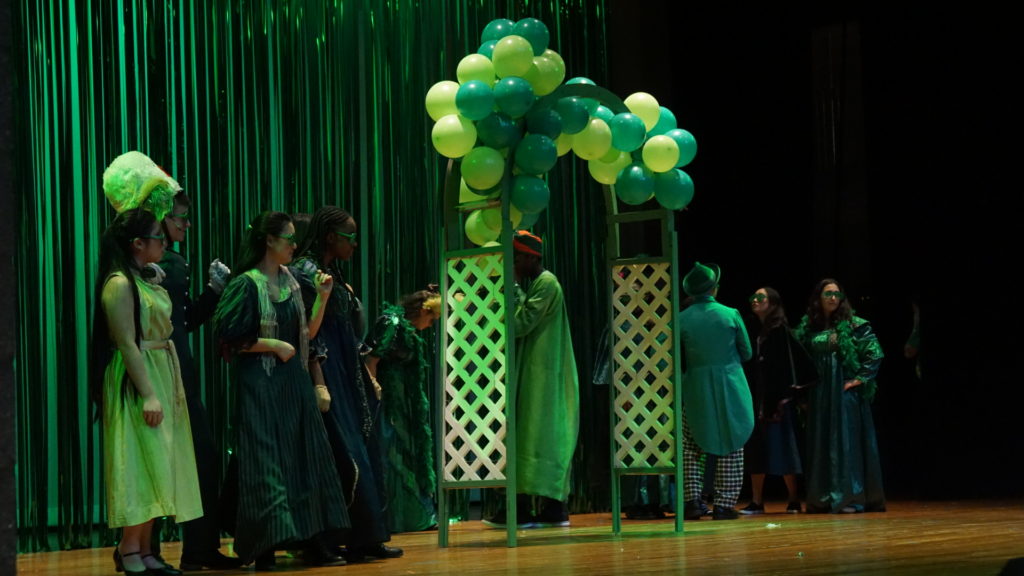 During last Wednesday’s morning announcements, English teacher Ryan Dunbar shared that the title for this year’s school musical has been selected. In an effort to build suspense and excitement, he went on to say that the play would be revealed by the music that ended band 9 that day. The music revealed that the school play for this year will be The Addams Family.

Originally created by Charles Addams in 1964, the television series, later turned into a musical in 2009, followed the dysfunctional yet comical Addams family. This year, the dark comedy will be taken on by Mr. Dunbar, music teacher Kevin Heathwood, and English/ISS teacher Kevin Schwab. Mr. Heathwood’s words plans for the musical to play to “all of Townsend’s strengths… the singers, actors, dancers, pit musicians, and tech crew.” Mr. Schwab said that they’re “really looking for anybody who can kind of embody what [each] character represents… What’s great about The Addams Family is that, in some ways, you’re playing a larger than life version of something.”

Those in charge of the play encourage students who might not be committed to acting, singing or dancing to consider trying out. Mr. Schwab said,  “This is really where we can push our student body a little bit further, to have them embody every different type than they themselves get to live on a daily basis. So really a little bit more of a stress on acting and being able to accentuate characterizations.”

The play also offers ways for people with specific interests to expand. “There’ll be a dance call,” Mr. Schwab says. “The ensemble that plays the ancestors of the Addams family, going back in time. So they have lots of fun little costumes. They get to pretty much play ghost-like corpseley figures, which is fun. The ensemble has a lot of opportunities to multitask, because they have many different scenes.”

Many students who participated in last year’s school play, The Wiz, had a lot to say about the selection of this year’s play. Senior Ashley Facey, a Dance Captain who played Dorothy in last year’s play, said “I’m excited that we’re doing The Addams Family.” Ashley said that a student planning to audition for the play should, “Expect to dedicate [their] free time to lengthy rehearsals.”

The producers and adults of the show are focusing on more student involvement from the cast and team this year. Students were consulted before the final decision on the play was made, and Mr. Dunbar plans to increase communication between students working on the play in various jobs by “[acting] as a liaison between departments to ensure that all parties are on the same page…and by implementing more regular production meetings.”

If you would like to audition for any of the roles for this year’s play or for a backstage role, an email was sent out last week Thursday, about the times and date of audition. The signup form will be up on December 5th outside room 405, open to all regardless of age or prior experience.

Photo by Jasmine Shum (from last year’s production of The Wiz).