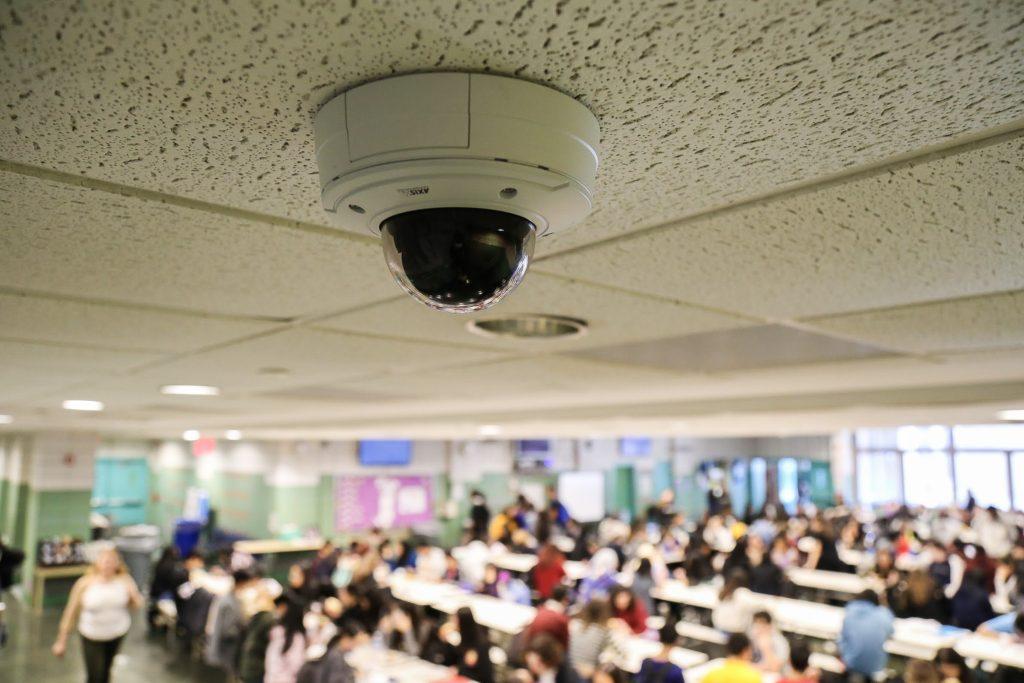 Students at Townsend Harris High School were recently greeted with a new sight in the hallways: security cameras.

Installed earlier this year, the cameras were expected to have been fully functional in the week of November 24. Assistant Principal of Organization Ellen Fee explained that students should expect to be informed of the status of the cameras when they are fully operational.

The school requested the cameras in order to prevent disturbances to student welfare. However, according to Assistant Principal of Organization Ellen Fee, “They had to allocate the money and hire all the people, which takes a long time.”

At first, the push for cameras began when the School Safety Committee noticed a great number of students claiming that their personal belongings were being stolen.

Ms. Fee explained that before the cameras were installed, there was no way to see who could have been responsible for these issues.

Junior Zuzanna Pula said, “I’ve had things taken from me before, but I was never able to find out where they went. Having cameras could have helped with that.”

Senior Jie Lu added, “I am also kind of paranoid. The cameras may be able to ease my fear in light of recent situations occurring in America.”

Senior Tamanna Uddin agreed, “I feel like we already have security guards and I think there never was any instance where unknown people came into THHS without security guards being aware. I feel like the cameras being here doesn’t change a lot.”

But when addressing their feelings in general, a few students have expressed their indifference.

“I don’t really care what happens as long as they don’t look inside of the bathrooms,” said senior Jennifer Jiang. “Some students may have an issue because they think the purpose of the cameras is to see what the students are doing.”

Senior Sean Sharma said, “Personally, I don’t care if they were there or not; it doesn’t impact my actions, and I don’t feel like it’s an invasion of privacy or anything.”

One of the biggest grievances students have with the cameras is the potential invasion of privacy they impose.

Tamanna said, “I feel like the cameras are kind intimidating because even if youre doing the right thing, when you see it, knowing someone is watching you is weird.”

Senior Carine He agreed, “I don’t want people to watch me trip on the stairs.”

However, Ms. Fee assures students, “The footage will only be seen by school safety, and in some cases the dean or principal.”

Some students thought that the implementation of the cameras corresponded with other concerns, especially with preventing vaping on school property. Freshman Meha Dhyani thought that “the cameras were necessary because they serve as a precaution against vaping, and such precautions will ultimately benefit the student body.”

Though this is an interest for faculty, the cameras were commissioned before these other issues became prevalent. Ms. Fee explained, “once the project starts we can’t stop it. Even if I had decided that I didn’t want cameras in the building, Mr. Barbetta started it, and so it’s happening.”

As for the locations of the cameras, Ms. Fee explained, “all of the architects that worked with me to design where they went discussed everything in 2016. Cameras only have a certain number of degrees that they can view, so they are placed where they have the most amount of viewing and can reach the farthest.”

According to the custodial staff, the cameras have been installed and all the wiring and cabling have been completed.