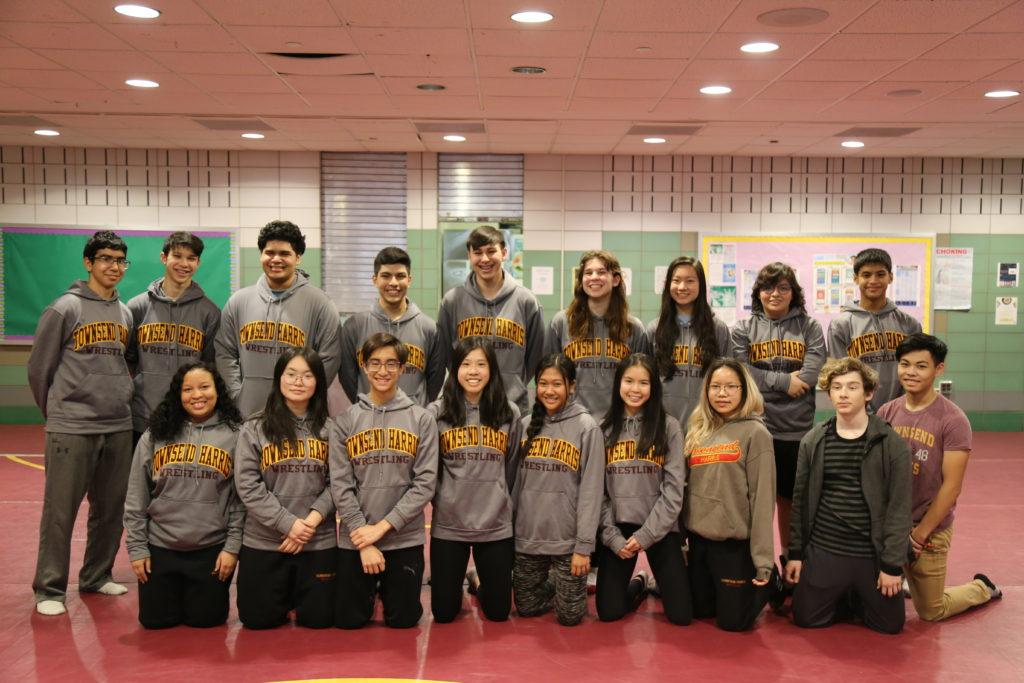 The Townsend Harris boys’ wrestling team is well into their season, already securing several victories. With expectations at a high bar, the return of key wrestlers, and the addition of new wrestlers of different weight classes, the team is well rounded. New coach Matthew Curiale has provided new management and energy to the team, while key wrestlers such as captain senior Xander Izower, seniors Vivian Chen and Katrina Dydzuhn, and juniors Benjamin Babaev and Jayden Tavares have picked up from where they finished last year. With 4 victories in 4 games, there is much reason for optimism along with strong hopes for the rest of the season and postseason.

The guidance of coach Curiale has also brought a new sense of energy and motivation to the team. Sophomore Asher Izower, a second-year member of the team, said, “He [coach Curiale] is also extremely dedicated to the team offering many times to stay after practice in case we need to work on things or drop weight. Additionally, a new coach allows for a new perspective on certain issues”.

In their season-opener at Staten Island, the team showed no signs of complacency from the offseason; all of the athletes won their respective matches. Strong performances from wrestlers Xander, Vivian, Jayden, and Benjamin have proven the team’s intent to pick up from last season. Returning and new wrestlers have provided new energy and impetus to the team.

Though each member contributes equally to the team, new and returning members are hungry to assume new roles and responsibilities, and Asher feels he is “more experienced in the sport. “I am also more confident in my own abilities,” he commented. “However being a ‘veteran’ also puts more responsibility on my shoulders to help the rookies as well as to perform on a higher standard.”

Reflecting on his hopes and evaluation of his team after the season-opener, Xander displayed a strong and focused mentality. He said, “My team is battle-ready.  We have been training extremely hard, getting in better shape and becoming stronger.” He elaborated on the physical intensities that the games require, but also relished the unity and room for improvement that it offers. He stated, “We may be participating in an extremely intense and physical sport, but the struggle of the sport is what brings the team together.  I expect that as the matches get tougher, we will progress more and more as a team.”

Since then, the team has earned 3 more victories against Port Richmond, Grover Cleveland, and Sunset Park High School.

In their coming matches, the team will enter the final stretch of the season and prepare for playoffs. After their recent performances, the team feels confident that they can navigate through the rest of their schedule and into the playoffs.