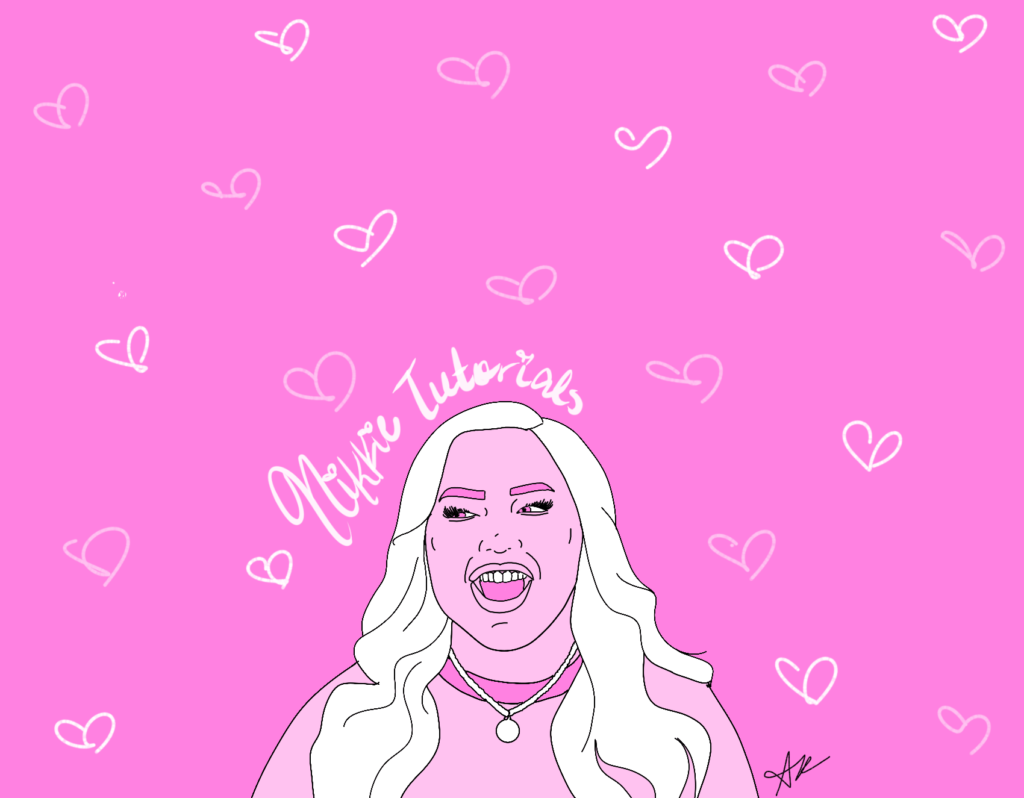 Nikkie de Jager, a beauty guru known since 2008 as NikkieTutorials on YouTube, recently came out as transgender in a new video titled, “I’m Coming Out,” after receiving blackmail. As of January 22, her video has garnered 32 million views and has been trending worldwide on social media.

Viewers of the Townsend Harris community admire her decision to come out publicly and believe this is a step towards increased inclusivity and openness regarding gender identity and sexuality. Sophomore Maryam Ibrahim said, “So many people are becoming more and more open with coming out… [creating] a more comfortable and inclusive environment for [those]… questioning who they are.”

Sophomore Ramisha Parvez, a longtime viewer, said “Watching her coming out video was such a beautiful experience, it was so emotional… I feel so happy for her.”

Students also recognize that NikkieTutorials sent positive messages to young people around the world to be comfortable with who they are and embrace that side of themselves. “I praised her for the message she was trying to convey,” said senior Yadira Gonzalez, “[the message that] regardless of your identity, you should be proud of who you are.” Maryam said that this milestone “teaches people not to care what others may say [about their identity].”

In her video, Nikkie de Jager showed that although she was telling her true story, she did not want to be viewed any differently. “I am me,” she repeated. The longtime beauty vlogger expressed that everyone should live their lives without regret or “restrictions” and use their power to create change and inspire others. Yadira said, “There has been so much negativity recently in the beauty community… [but] this new, positive message of self-love that she is spreading is… refreshing.”

“I think that [this video]… will show others who may be too scared to come out that it’s okay [to do so],” said Maryam.

The vlogger’s decision to come out publicly was, in part, prompted by individuals close to her who threatened to release her secret to the press. They claimed she was “living a lie” and “lying to her viewers.” Nikkie’s video was meant to empower both herself and others, as she told her audience about her journey. She recalled her childhood experiences and said in her video “I’ve always thought that I was a girl.” In telling her own story, she took away the power of those who threatened to out her.

Because NikkieTutorials took this step, Yadira also believes this can help expand her audience. “There are a lot of people in the world [who]… still don’t feel comfortable… [embracing] their identities,” she said. “NikkieTutorials has just become a relatable figure to them.”

Nikkie de Jager also received tremendous support on social media platforms like Twitter and Instagram and from celebrities like Arianna Grande, Amber Rose, and Lena Dunham. Other YouTube influencers like Manny MUA and Nikita Dragun reached out as well. Most recently, Nikkie was able to spread her message through The Ellen DeGeneres Show.

By coming out as transgender, NikkieTutorials has joined the likes of Bretman Rock, Gigi Gorgeous, Noeli, and other queer beauty influencers. Ramisha said that de Jager is part of YouTube’s “very diverse” beauty community.

Yadira also believes this video is a positive reflection on beauty and makeup as a whole. “I know there is this misconception that makeup masks who you truly are, but I think… it encourages individuals to embrace who they are and feel confident with themselves,” she said. As NikkieTutorials said that it did for her, makeup lets “the inner-you shine through,” Yadira said.