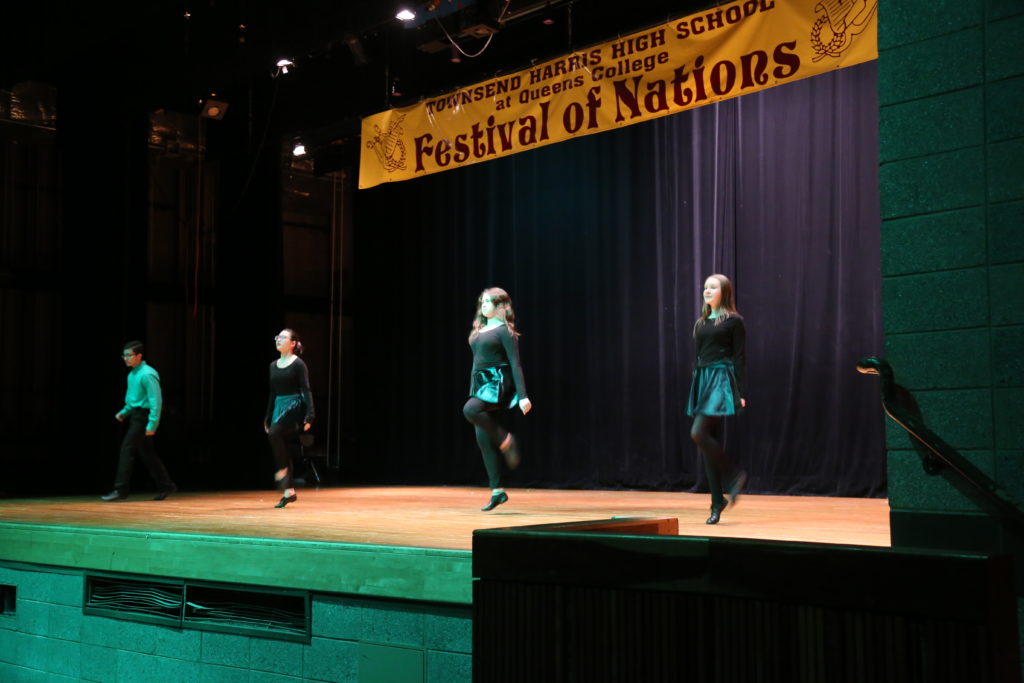 Every year, Harrisites have the opportunity to choose from a myriad of FONs, but this year, their options expanded with the inclusion of Irish FON.

Junior Weiye Yasen is the creator and leader of Irish FON this year. “I looked forward to joining the Irish FON freshman year, and I was really sad that it was not an option. So, I actually wanted to create an Irish FON freshman year, but I didn’t have the time… and I didn’t have the knowledge,” she explained. Thus, she started to research more in her sophomore year and finally has “been able to make it a reality” as a junior.

Weiye stated that “Youtube is like [her] Rosetta Stone for Irish FON.” She continuously watched tutorials of different Irish steps and took aspects that she liked from the various videos, and mixed and matched many steps and formations. “I might really like the formation from one, but not really like the steps,” she said. Sometimes, she might even “start to change things even more by adding in some of [her] own choreographed steps.”

One difficulty that Weiye experienced as a leader is maintaining the FON. She states, “Maintaining the FON, even an extremely small one, has so many parts… choreographing, which can take me more than an hour for one dance, costumes, music, practice, etc.” She added that it can all become overwhelming, especially due to schoolwork.

Another problem that Weiye faced was gaining members for her new FON. She expected many people to join due to the unique culture that this FON represents, but only a few students decided to join. Nonetheless, she kept her spirits up and realized that “[her] FON could be really neat with so little people.”

Freshman Mary Kirk is a current member of Irish FON. Despite the small number of people, she explains that “Irish FON is different because of the teamwork element. We all have to work together to be in sync and to create formations.” She recommends joining Irish FON to other students, as “Irish dance is a fun challenge that everyone should at least try out. Anyone can learn to dance with proper instruction.”

“Hopefully, I will be able to really perfect everything in my FON,” Weiye said. “I am so happy that I am doing this because this is an important experience that I find very rewarding.”