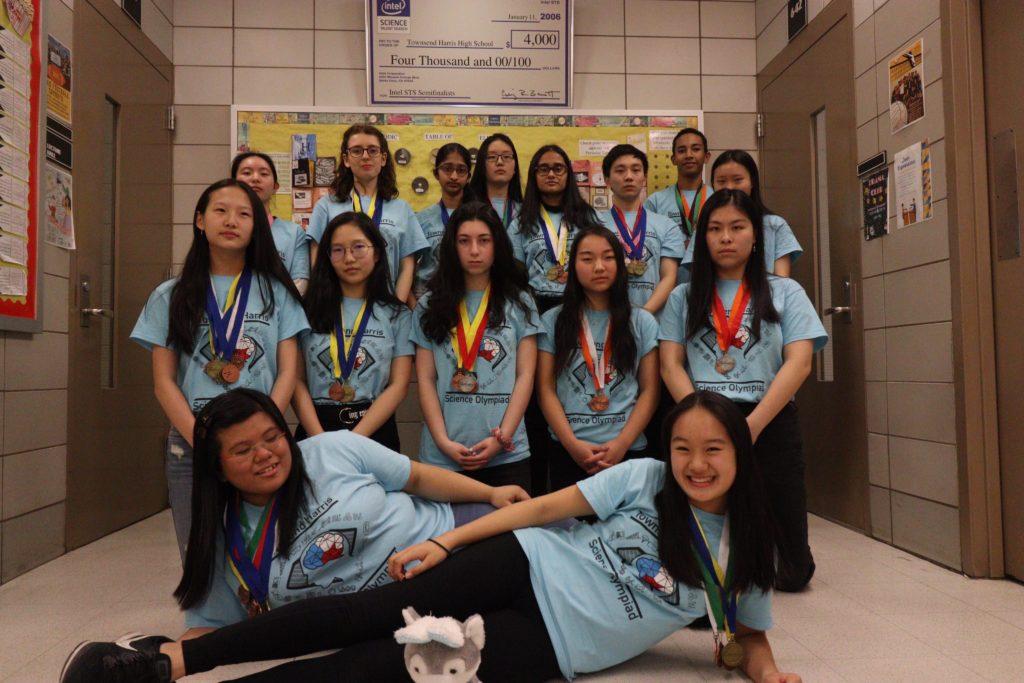 “This decision, though painful, was made in order to ensure the health, welfare, and the safety of the Students, Team Coaches, Parents, Event Staff, and Volunteers,” read a statement released on March 8 from the NYSSO board.

“It is pretty disappointing and frustrating because there is a lot of work that goes into preparing for the competition and this was a great opportunity for us to utilize that knowledge and apply that information,” said science teacher and coach Sarah Loew. “We know what they’re capable of and we know that they’re going to utilize the information anyway in their future but it would have been nice to have that experience.”

Mrs. Loew explained that the health and safety of its participants was one of the principal reasons for the tournament’s cancellation given the wide breadth of schools attending from different areas, some of which tested positive for coronavirus. Moreover, Le Moyne College, the tournament’s host school, did not feel that they had the cleaning resources to properly host an event of such magnitude in the midst of the coronavirus crisis. Due to the school’s short notice of its withdrawal, Mrs. Loew pointed out that it was difficult to find another school willing to host the competition in time.

“There’s [sic] 24 events, there’s special equipment, labs, and we all have hotel rooms near this particular location so we’re working on getting refunds back and just trying to repay all the students so they don’t lose out on any money,” she said.

Sophomore and Science Olympiad member Sonia Hasko expressed that although she comprehends the measures taken because of the alarming escalation of cases in New York, at the moment, she does not believe the virus poses such an extreme threat as to cancel the tournaments. “I can’t say I wouldn’t have done the same, but the fact that they didn’t even postpone it – just outright cancelled it for the year – hurts because there’s no other chance this year for us to compete,” she stated.

“Regarding the cancellation, I understand why they cancelled it, and in the letter they sent out to teams they genuinely seemed to empathize with us,” said junior Madison Bitna. “Despite this, it’s still disappointing to see my teammate’s hard work and time go to waste in a way. I really wanted them to be able to compete and show how much work they put into the club at states.”

“Being that this competition would have brought together students from all over New York state, including areas that currently have tested positive for coronavirus, I think it is the best thing because ultimately all of these students would then go back to their schools and would could end up happening is that they’re contaminating every school,” Mrs. Loew acknowledged. “I think it’s the best choice, but it is a difficult one to make.”

The state tournaments would have procured two teams to attend nationals in North Carolina State University. However, the cancellation of the state tournaments prevented many states from competing at the national level, leading to the cancelation of that competition as well. These are precautionary measures that the mainstream and the Center for Disease Control and Prevention (CDC) have deemed social-distancing, where large gatherings and crowds are to be avoided and a lack of human physical contact is promoted.

“The silver lining is that we’re all learning more about hygiene and how to be more aware of spreading germs,” observed Mrs. Loew.

“Maybe because of the fear that people feel, I think that if they had gone ahead it wouldn’t have worked very well because we would’ve had students not come, no matter how much you tell somebody teenagers have a strong immune system and they should be fine, you still have parents that would not have let their kids go,” said science teacher and coach Katherine Cooper. “This makes it in a certain respect easier because if it’s just cancelled no parent has to be the bad guy. No team has to reshuffle, everyone is uniformly sad, but they are all sad together.”

The extreme measures taken by NYSSO reflect the gravity of the novel coronavirus situation. “The novelty of it is really what is making it so different, and the fact that we don’t know the long term fallout. Flu has been around so long, it’s just a part of life you have to deal with. And this may be where this heads as well or an individual flare up, we’ll see,” said Ms. Cooper.