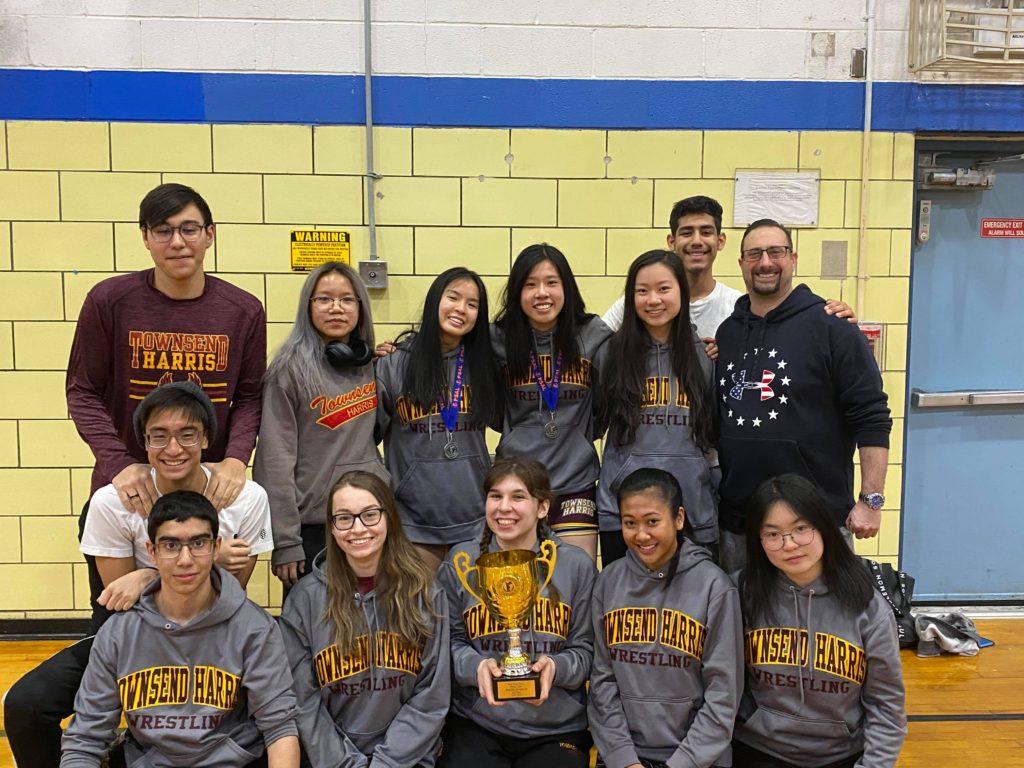 This year, the Townsend Harris wrestling team sent multiple athletes to the City Championships, which took place at Queens College. The event allowed the team to represent our school amongst the best in the city, finishing with a record of 6-1 this season.

Captain senior Vivian Chen has seen a lot of change in competitions like cities throughout her four years of wrestling. “What stood out to me at cities was how big the girls’ wrestling community has become. Compared to last year, making top 5 is definitely harder this year. I’m glad I went to cities this year because I wasn’t able to go last year,” said Vivian.

The environment of cities was a great experience for the entire team who supported each other like a family throughout the entire season. “What stood out was the bond that the team had. Whenever someone was up in any other weight class, the rest of the wrestling team would follow them and cheer the wrestler on,” commented junior Joyce Zheng. “It is a great experience to be able to wrestle against other schools and learn from them.”

Junior Rachel Chai finished leading in points for her weight class. However, she understands that this doesn’t equate to being satisfied with her performance. “I plan to improve my wrestling by attending practices outside of school, such as practices held at Columbia University, whenever I have the time to. I will also continue to compete in tournaments that surpass PSAL level,” said Rachel.

Experiences like these reflect all of their success and hard work they put in throughout the season. Even though the season has come to a close, the girls aren’t done yet as they have another season to compete. Junior Jayden Tavares said, “We look forward to improving on what we have accomplished and to keep the same mentality for next season.”