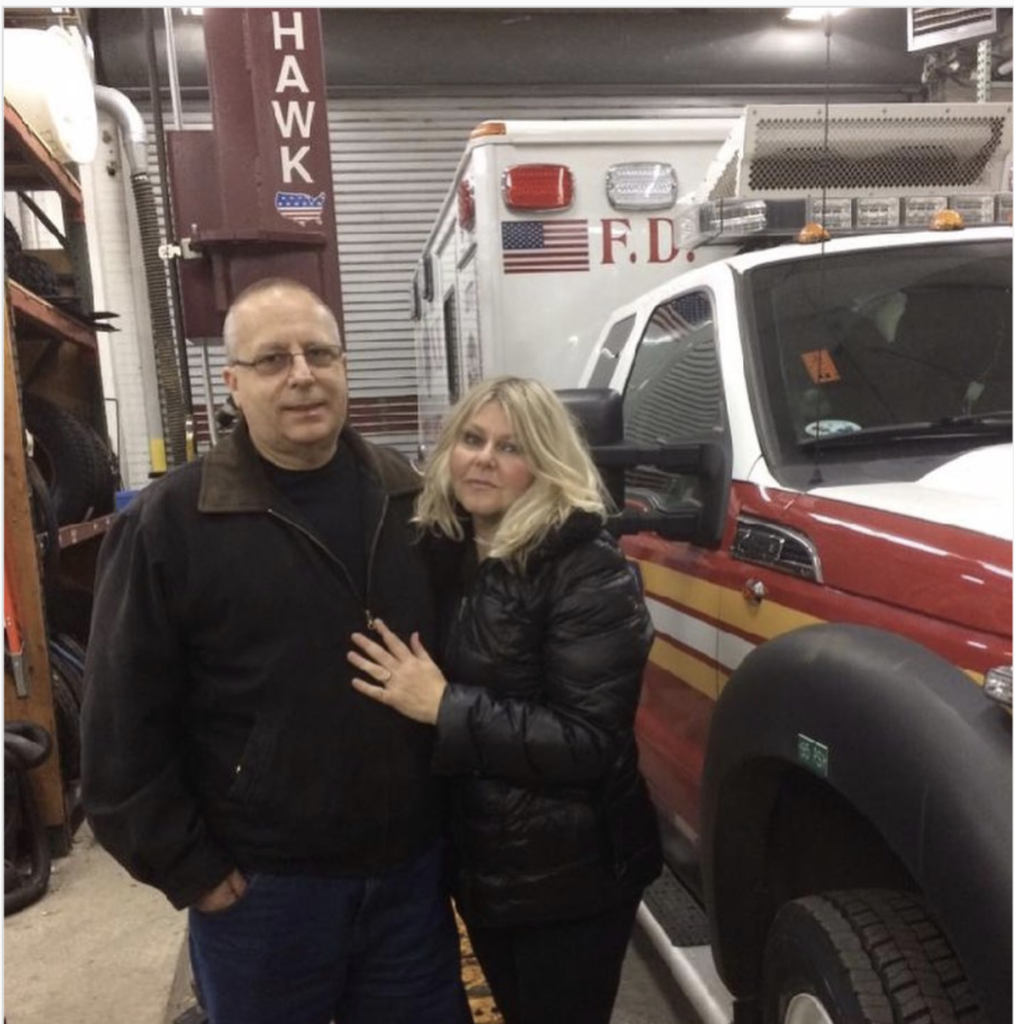 While New Yorkers find themselves at home during the ongoing coronavirus pandemic, there are frontline workers fighting to keep everyone safe during these challenging times.

FDNY mechanics supervisor Dave Laull, father of junior Yuri Choi, is one of them. As a supervisor for the Long Island City ambulance shop, he ensures that FDNY ambulances get proper maintenance and repair in a timely manner. He remarked that since the start of the pandemic, “It’s a little more stressful than normal. Every vehicle that comes into the building basically gets a decontamination because they transport patients that are probably positive [for COVID-19].”

Even though the ambulance shop is maintaining safety protocols, there still lies the concern of coming home after a day at work. Mr. Laull said, “If you do get this virus from work, you don’t want to bring it home to your family or your loved ones.”

His wife, Jessica Laull, shared similar concerns, saying, “At first, I was scared for him because there were people at his workplace who had Coronavirus. Because of that, we started sleeping separately. He slept in the guest room. But recently, it’s been okay.”

To other families of frontline workers, she said, “I’d tell them to support their family the best they can…even if it’s small, everyone in our family makes sure to say bye to him everyday before he leaves for work. I’d also tell them to cheer up! Hopefully things will be better soon.”

Despite it spending less time with family and added safety concerns, Mr. Laull continues to go to work, more attentive to his surroundings. He stated, “Before the pandemic, it used to be a job as normal and you tried to live a normal life…but now you’re definitely a lot more cautious on what you do, how you interact with people, and how you try to have a relationship with people at work in an environment where…you have to keep your distance from them.” He added, “I guess it’s an everyday thing you learn, you learn things every day going forward as your whole life is a learning process. I guess it’s just another stepping stone in life that you learn from.”

As Mr. Laull shared what the pandemic has taught him, he also expressed his sadness about the passing of one of his co-workers, James “Jim” Villecco. He said, “I saw him two days before he went to the hospital…He was fine, normal as ever, and then two days later I heard he’s in the hospital on a ventilator and in about another week and a half, two weeks later, he’s gone.”

According to WABC, Mr. Villecco (featured above), 55, was a Staten Island resident and a six-year U.S. army veteran, having worked for the FDNY since 2014.

Another one of Mr. Laull’s co-workers passed away on Sunday, April 26. Thomas Ward (featured below), 60, worked for the FDNY for over twenty six years, most recently having worked as a mechanics supervisor. He resided in Massapequa, having served as a volunteer firefighter for thirty two years. He is survived by two sons, five siblings, and his wife.

Mr. Laull requested to have Mr. Villecco’s and Mr. Ward’s pictures replace his in order to honor their memory.