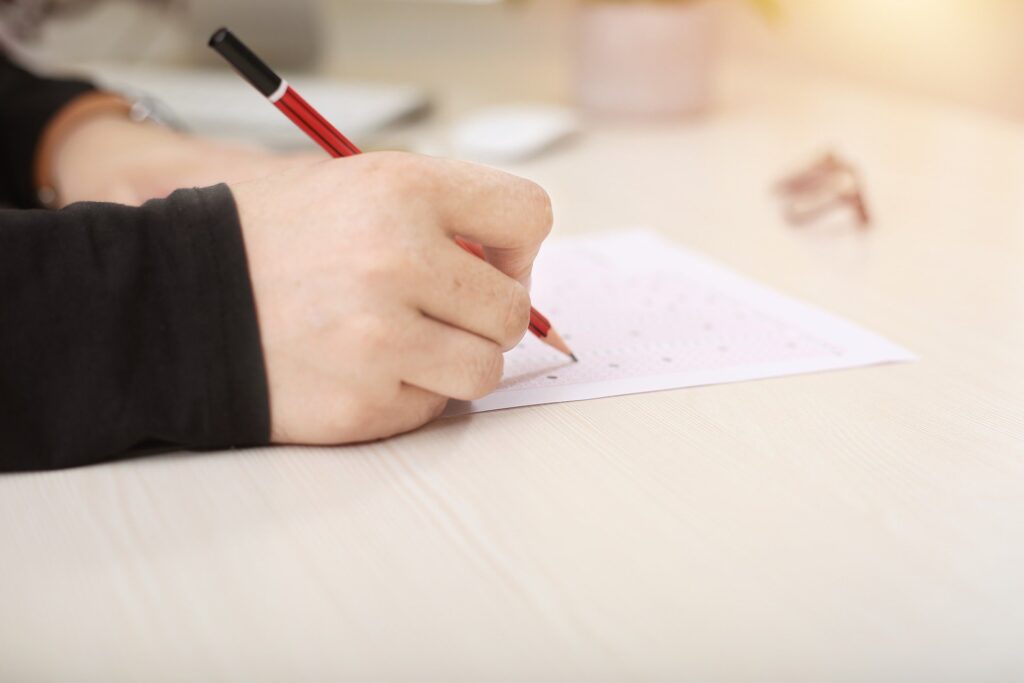 In response to the question “Do I have to take the AP exam?” The document originally read, in part: “There is no opting-out of the exam.”

That has now been replaced. “If a student who has registered for an AP exam decides that they do not want to or cannot take their AP exam(s) this spring, the decision is left to students and their families,” the document says. It also notes that students will not be charged for cancelling their AP exam, citing the College Board’s website, and that there is no deadline for opting-out of an AP exam.

According to Principal Brian Condon, he decided to revise the document after receiving “guidance” from the Department of Education. “We had to make sure that our policy was aligned with the [DOE’s] policy and [the DOE] let us know that the DOE policy was that students have the right to opt-out. So the school cannot have a policy that’s counter to the DOE’s policy,” he said.

On Tuesday, The Classic reached out to the DOE for comment on if a school can enforce a “no opting-out” policy, as quoted in the original FAQ. In a statement released earlier today to The Classic, DOE spokesperson Sarah Casasnovas wrote: “While all students are encouraged to take their AP exams, we know the pandemic has impacted every aspect of our students’ lives and the decision to test ultimately lies with students and their families. The school has issued updated guidance, and we have a dedicated team ready to answer any questions families may have about AP exams.”

Two organizers of the original petition agreed that the revised statement effectively addressed the change they sought.

Nonetheless, Stacey Roy, one of the petition organizers, expressed disappointment with the administration’s communication during this controversy.

“Miscommunication was one of the largest issues between us and the administration. The meaning of the original FAQ statement proved to be unclear, which is something we had to clarify and eventually come to an agreed understanding about,” said Stacey. “In the future, we hope to see improved communication and greater transparency between the student body and the administration to prevent similar confusion from occurring again.”

In an interview prior to the decision to change the FAQ, Mr. Condon said he was reluctant to put too much into writing on the topic. He said, “If you’re asking me to put in writing a policy that says that it’s OK to not take the exams, that the school is going to get out here and say ‘take the course but don’t take the exam,’ that I’m not going to do. And the reason I’m not going to do that is because I do believe that when you start something you should do your absolute best to finish it.”

However, some students continued looking for more clarification and posted on social media that they remained confused about the exact process for opting out. The Classic spoke to five students who wanted further specifics on how to proceed if they choose not to take the exam. “Even though their answer tells us that we can opt out, they haven’t told us how,” said senior Keith Yeung, who is thinking about opting out of some of his AP exams. “I hope that they give us further instructions soon.”

“I’m planning to opt out of the AP exams that I wouldn’t get credit for,” said senior Denise Peng. “But I was still a little confused about how exactly I could officially opt out because it wasn’t clear in the FAQ. A little more guidance would be really useful.”

“The college I got into doesn’t accept credit for all my APs,” said senior Rachel Lin. “I don’t know how to opt out, but I was thinking about just not showing up to the exam… I assume I wouldn’t have to pay, but I’m not so sure.”

Junior Zarif Rahman is relying on social media for guidance. He saw a video on TikTok explaining that students should go to their AP Coordinators in order to opt out. After watching the video, he said he assumed he had to email the school’s AP Coordinator a list of “APs I want to opt out for and she does it for me.” He said that it’s confusing for many “who may not know exactly who the AP Coordinator is or if they didn’t see the same TikTok [he] did by chance” because “there aren’t really any directions in the FAQ.”

Ms. Fee is the AP Coordinator for THHS.

Earlier today, six members of The Classic called College Board support for guidance on the subject. Students appear to have two methods when considering opting out. One is to not pay the exam fee, which according to support calls, would result in the test registration being cancelled. The other is to pay the exam fee, be absent for the exam, and then seek a refund. Some responses varied, but in all calls, the College Board support staff urged students and families who plan to opt-out to reach out to the school’s AP Coordinator to tell them of their plans first and seek additional guidance, as school policies can vary.

In a letter about paying for AP exams from Assistant Principals Veronica York and Ellen Fee, there was one reference to not taking the exam. It said, “If you are scheduled for the test and are absent, you will not be held responsible for paying a penalty fee, and can cancel the exam with College Board.”

The letter also urged students and families to contact Ms. Fee if they have questions and require more information about exam payments.

Throughout the year, the THHS administration has continually communicated that both students and families should not hesitate to reach out for support regarding difficult situations brought about by the ongoing pandemic. This controversy found them in opposition with many students over how to address the issue of standardized testing amidst the nearly year-long period of remote instruction.

Earlier this week, in an op-ed submitted to The Classic, students wrote that they believed the administration’s original policy and later communications on the petition could have been motivated by high school rankings, which consider how many students are registered to take AP exams. In response to this, Mr. Condon said in his most recent interview, “That is questioning my character, that I would make a decision for students based on some sort of external ranking, and my character speaks for itself, so I’m really not going to respond to that question.”