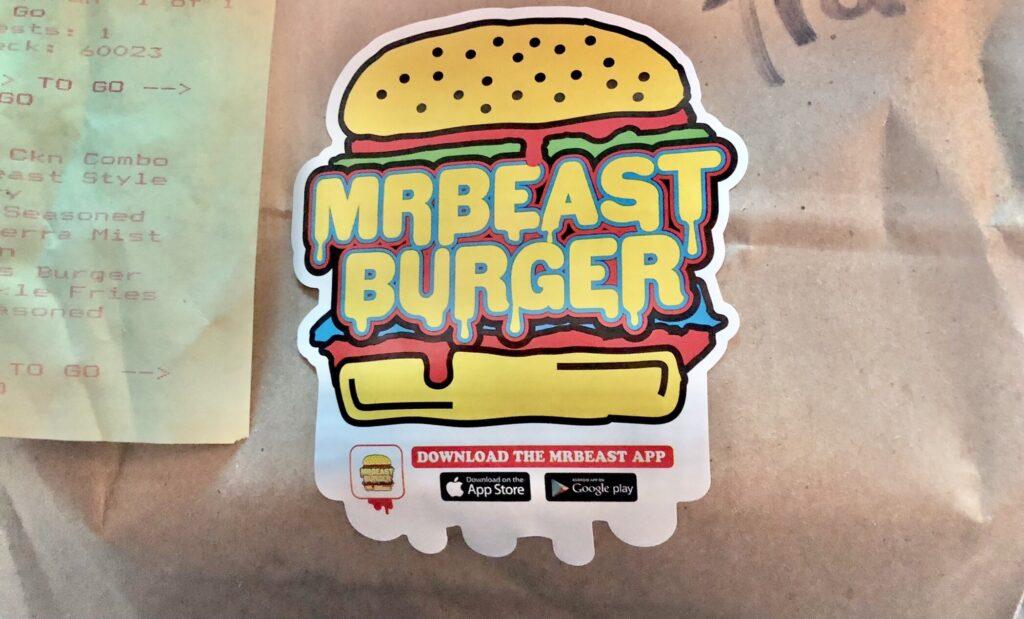 On December 19, YouTuber MrBeast launched his delivery-only burger business, MrBeast Burgers, in 420 locations (and counting) across the United States and Canada. The chain offers a very simple menu featuring burgers, chicken sandwiches, and fries, with minimal variety. However, the operation is uniquely a delivery-only virtual kitchen, conducted in existing kitchens in restaurants such as Buca di Beppo and Bertucci’s. The kitchens in these restaurants are used not only for MrBeast Burgers but also for Guy Fieri’s Flavortown Kitchen and rapper Tyga’s Tyga Chicken Bites.

When MrBeast first launched his burger business, there was an instant demand for the food. However, some shared that the quality was disappointing. Across the country, some customers reported their burgers were overcooked to a hockey puck, while others reported their chicken sandwiches were undercooked and served raw pink. Junior Maisha Rahman said, “He gave all his burgers for free during the launch and people got money, but when it came down to solely the food, people weren’t as satisfied because the patties were dry or it didn’t seem like much to hype about.”

After learning about the different reactions customers had, I decided to give MrBeast’s food a try.

Upon doing some research, I found one restaurant in Times Square at 1540 Broadway at a Buca di Beppo location. Since MrBeast Burgers is delivery only, I used an alternative address in Manhattan to get my hands on a burger. Although MrBeast has recently opened up a new location in Long Island City, I chose to stick to the Times Square location for consistency purposes.

Despite the mixed reviews from its launch, the burgers were surprisingly good for fast food, with fresh smashed burgers cooked between medium well and well done. The burgers were also especially juicy in contrast to other fast-food hamburgers. The Chris Style ($7.99), a burger topped with french fries and bacon, combines simplicity with classic American cuisine. I do think, however, that the Chandler Style burger is overpriced at $6.99. The burger is plain and served without condiments, while charged at the same price as a Beast Burger which is served with burger toppings. Adding toppings to a Chandler Style burger would cost extra with 25 cents per topping added. Although the idea of having inverted buns on the Karl’s Grilled Cheese ($4.69) is amusing, the reality of only having a few slices of American cheese in the sandwich makes it steep in price in comparison to their burgers.

As for the chicken sandwiches, the “Nashville Hot” chicken tender sandwich tasted good with a slightly crispy exterior on the chicken tenders, even after delivery. But there were still a few drawbacks.  Even though their preparation seemed similar to the traditional dish given the crispness after applying the hot chicken spice, I would not consider this as an authentic Nashville hot chicken. I also felt that the addition of ketchup was unnecessary and distracted from the taste of the spice.

Although the chicken in the chicken sandwich remained crispy, the fries ($3.25) were soggy, which was expected given the delivery-only nature of the restaurant. However, the extra $1.75 for the Beast Fries ($4.99) would not be worth the hodgepodge of burger condiments piled on top of one another. The fries were slathered with ketchup, Dijon mustard, mayonnaise, and cheese, with a few sour pickles and caramelized onions. Fortunately, the burger condiments helped prevent the bottom fries from becoming soggy, but the fries remained far from advertised. With the seasoning of “spicy red pepper, garlic, paprika, sugar, and a hint of lime,” I could taste the spicy notes of the paprika, with some chili and minimal garlic mixed in, but the hint of lime and the sweetness were barely noticeable.

To save costs, the best way to get a variety of menu items would be to get the combo ($10.99), which includes a Beast Burger or a chicken sandwich, fries, and a canned drink. Drinks are limited to Pepsi, Diet Pepsi, Sierra Mist, and Aquafina. While that may sound like a good deal, it is only a net $1.75 in savings since drinks are priced at $2.00, which is a bit expensive, but expected because of its location in Times Square.

Overall, MrBeast Burgers can be considered in the upper-tier of fast food, both in quality and price. However, I believe that certain parts on the menu do not live up to their description, and with the delivery-only nature of the operation, aspects like the crispness, are compromised. Although experiences can vary from person to person, I do acknowledge that there may be some inconsistency across the board due to the chain’s rapid expansion. In addition, some items on the menu, including the grilled cheese and the Beast style fries, are overpriced and simply not worth going for. Nevertheless, the MrBeast Burger is a premium burger in terms of fast food, best described as a better quality Smashburger.