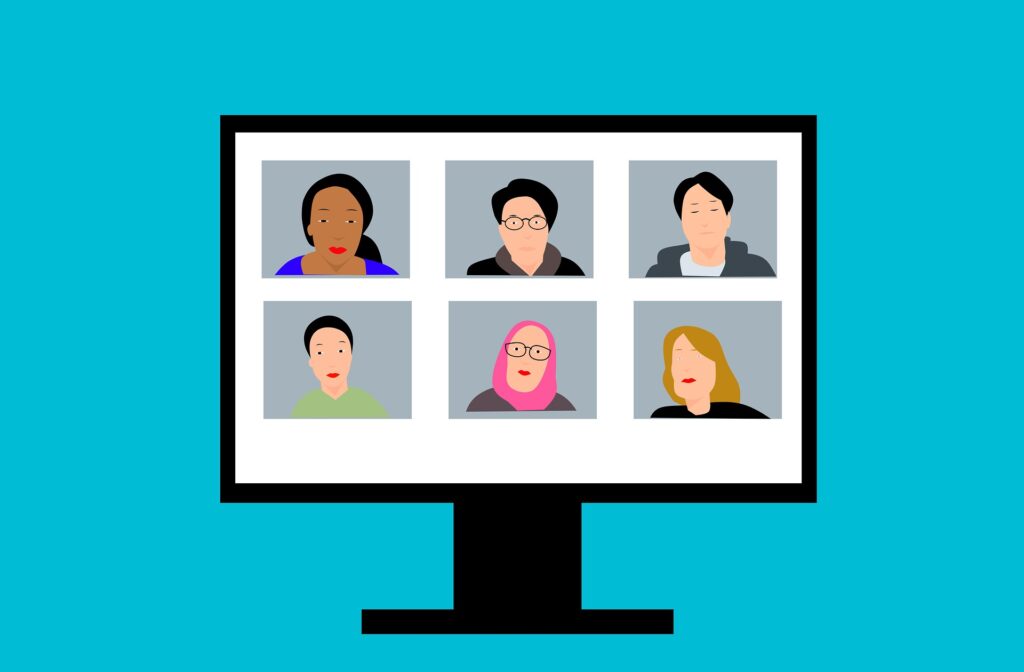 Last month, a Zoom presentation hosted by the Guidance Department with more than one hundred participants quickly went from learning about financial aid processes to a night filled with disruptions from Zoombombers that increasingly became more frequent and inappropriate. During the last portion of the event, disruptions continued with Zoombombers repeating racial slurs and screensharing explicit content. The lack of security left students asking why the meeting was not secure according to DOE rules and why the intruders were able to continuously disrupt the meeting.

Financial Aid Night was originally set to be held on February 10 at 6 p.m. with a presenter from the New York State Higher Education Services Corporation (NYS HESC), though it ended up getting rescheduled for March 3 after about an hour of technical difficulties.

This first meeting was password-protected, and only those who had access to the information provided in the email were able to enter the call. The March 3 event, on the other hand, had a Zoom for Government meeting link, and it did not block out users logging in without a THHS email or a DOE account.

The disruptions began early when some participants interrupted the meeting by pretending to ask questions aloud and through Zoom’s annotation feature. When it came time for the presenter to take questions, however, the verbal interruptions worsened and an unmuted Zoombomber repeatedly said the N-word without interruption for at least fifteen seconds. The person only stopped when junior Maryam Ibrahim spoke out. Maryam said, “When it turned to racial slurs, I got extremely furious. When one of them unmuted and began to repeatedly say the N-word and nothing was being done, I was so upset and I unmuted and told them to stop. They kept going for a bit more but I was so upset and I felt I had to say something even if it didn’t work. I was so furious to the point where I was shaking because I was so upset.”

Assistant Principal of Guidance Veronica York did not respond to questions from The Classic about security issues. She provided this comment on the event: “I’m saddened and disappointed anytime we choose to intentionally harm one another.”

Problems regarding the sharing of inappropriate materials during calls occurred during the fall semester, which prompted the administration to move all classes running on Google Meet to Zoom, as Zoom allows for added security through waiting rooms accessed with DOE accounts. For this meeting, the HESC had control of the Zoom link.

In a September email, Principal Brian Condon wrote, “We have had three incidents of students posting inappropriate materials during the remote meeting using Google Meets…In order to facilitate this process we will need all students to begin using their NYCstudent email to access the Zoom Platform.”

Guidance counselors Jeremy Wang and Sara Skoda were in attendance along with Ms. York. According to Ms. Skoda, they were unable to intervene during the time when the Zoombomber was repeating the N-word since they did not have control of the Zoom settings and were muted.

“I could not believe my ears,” said Mr. Wang, calling the interruption “very offensive to the Townsend Harris community.” He said it was the worst Zoombombing incident he had witnessed.

Senior Alexan Varelas said, “The school should have done what they’ve done in previous meetings which is [to] only permit authorized NYC DOE emails to enter the Zoom.”

Junior Ada Lin said, “I was really confused at first…I wish [the Zoombombers] would’ve been removed once they started unmuting themselves or changing their backgrounds to inappropriate photos. It was hard for me to concentrate on the presentation and I ended up not being able to retain a lot of information.”

Junior Jialin Lin said, “They were being very chaotic and disruptive. Their actions were simply rude, disrespectful, and inappropriate.” It is unclear whether or not the Zoombombers were THHS students, but other students at the event did not recognize any of the Zoombombers, many of whom appeared on camera.

At the end of the session, one Zoombomber screenshared a video with explicit content. The call ended soon after.

Junior Ashlee Tolentino said, “I felt really uncomfortable during the entire meeting because I could see the trolls changing their backgrounds into inappropriate images…Personally, I haven’t seen anything as bad as this in any other meetings that I have attended.”

Senior Ian Patiño said, “The host(s) should make sure to review the participants in the Zoom meeting by identifying their names and if they belong to the Townsend Harris school community prior to the commencement of the meeting’s functions, and remove any unknown or disruptive participants before any harm can occur.”

When the meeting fully came to a close, Ms. York sent an email via PupilPath to express her disappointment in the Zoombombers’ behavior and assured that the school would look into the situation. In it, she said, “To those who were present at the Financial Aid meeting, I am sorry you witnessed such poor behavior. I assure you we are using our resources, deans and tech department to look into the situation.”

The Classic has reached out to the HESC for comment in regards to the THHS Financial Aid Night meeting. They did not respond as of Wednesday evening.