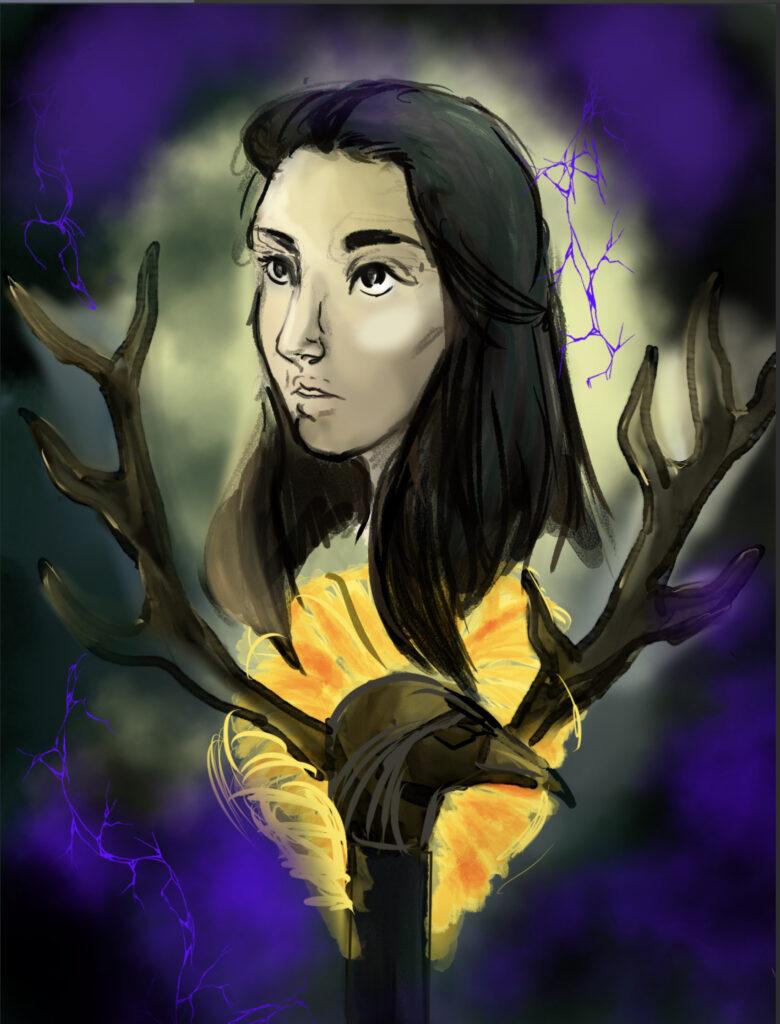 Looking for a new fantasy show to keep you entertained during the long, sultry summer days? Shadow and Bone, the new Netflix fantasy series, is the rising star on many watch lists this summer, and for good reason. Set in a notably culturally and racially diverse fantasy world and with a high-tension plot line filled with mystery, Shadow and Bone presents something refreshing yet still quite addicting.

Based on the best-selling book series of the same name as well as the “Six of Crows” duology, both authored by Leigh Bardugo, Shadow and Bone had a long awaited release. The show, despite being named only after Bardugo’s first trilogy, Shadow and Bone, combines characters and plot elements of the sequel Six of Crows, set in the same universe. Yet although the original Grisha trilogy (as fans refer to it) and the Six of Crows duology have very disparate focuses, the show melds them with care and attention to detail.

Shadow and Bone depicts a world, commonly called the “Grishaverse” by fans, inhabited by both normal humans and Grisha, individuals possessing various magical abilities. While the Grisha are oppressed by societies that fear them for their power particularly the northern country of Fjerda, another existential, looming threat exists: The Fold. The Fold, shown only as a massive black storm-like cloud overtaking parts of the sea, is filled with monsters. It also encumbers a massive difficulty to  anyone who wishes to sail from nation to nation, as is depicted in the show. The primary hope of Ravka, the country home to most Grisha, is that one day a prophesied Grisha will have the power to lift the sinister darkness, bringing an end to the Fold and restoring peace. This ability, aptly named after the blinding light that deflects the monsters, is “sun summoning.”

This is where an orphan now working as an unassuming mapmaker for the Ravkan military, comes in. Her name is Alina, and she at first does not have any particular interest in Grisha magic, but this will not last.  Soon, she has the entire Grisha world after her, headed by a mysterious Ravkan general named Kirigan who confronts her about her powers.

The other half of the show’s plot is devoted to the elements of Six of Crows, set in another nearby city called Ketterdam. Ketterdam, with its industrial-revolution era London backdrop, presents an inner world of crime, prostitution, and greed. Our primary lead in Ketterdam is Kaz Brekker, a young criminal boss who has his eye on the enormous reward for capturing the legendary Sun Summoner. His two right-hand men, so to speak, are Jesper and Inej, my personal favorite characters. Even in just the first few episodes, the viewer is introduced to the complex, more lively  Ketterdam through Kaz’s many deals, enemies, and schemes.

Despite all of these highly complex moving parts, Shadow and Bone comes across as generally cohesive and incredibly enthralling. The two stories are clearly connected by the same mechanics of the Grisha world, and the pacing is so far not difficult to follow. However, I say this as a devoted fan of the Six of Crows duology, but even completely new viewers such as my father seem to agree. Shadow and Bone also shines in its noticeably high quality soundtrack that does not sound overly generic despite its heavy use of orchestra music. The special effects are quite good as well.

By far the most intriguing element of the show is the characters, all of whom are at least somewhat likeable or at least interesting. I was not expecting to like Alina at all, but I ended up finding her down to earth and refreshing in comparison to the high-class Grisha around her. I also enjoyed Kaz’s character, as although he seems slightly less intimidating than he does in the original books, I think he is very well acted. His portrayal seems to emphasize deliberately how young he is, and that he does in fact trust his friends, specifically Inej enough to be vulnerable around them. I also found Inej herself, a survivor of human trafficking and an incredible spy, wonderful to watch and root for. The relationship between Kaz and Inej is also very sweet and depicted respectfully considering how both characters have extreme trauma relating to physical touch. Jesper also adds a lighter element of humor when next to the stoic Kaz and Inej, but he balances perfectly on the line between more corny one-liners and charming self-awareness.

The only qualm I have with Shadow and Bone in my viewing so far is, as my father pointed out, that the accents of the characters can be hard to understand. Every character has a British accent, but those such as Mal and Kaz have a particularly unfiltered colloquial sound. This may be with the intention of accuracy in order to mimic how the lower class in Britain often did not enunciate as much and spoke more quickly. Given how many of the characters were raised in urban poverty and frequent the underworld of the city, this does make sense in context. However, when watching the episodes with my father, I had to turn on the English subtitles for some moments (though my father is well accustomed to Irish and British accents). I have a feeling as we watch on, however, we will gradually become more used to the accents.

To sum up, I would absolutely recommend this show to any lover of YA, fantasy, or just a dramatic not-to-serious bit of fun. Readers of the books especially will love to see such truthful depictions of their favorite characters with a very talented cast.