Harrisites and THHS staff anticipate outcomes for The World Series 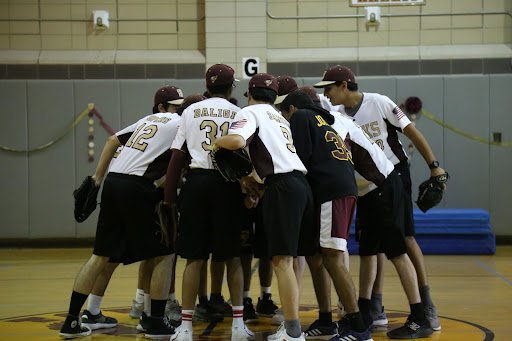 As the 2021 Major League Baseball World Series is set to begin on October 26, Townsend Harris staff and students make their predictions as to which teams in the American League Championship Series (ALCS) and the National League Championship Series (NLCS) will make it, as well as who they presume will win. To win, each team needs to win four games in a best of seven series. Within the ALCS, the Houston Astros will compete against the Boston Red Sox in a prospective Game seven on Saturday, October 23. For the NLCS, the Atlanta Braves will play against the Los Angeles Dodgers in a prospective Game seven on Sunday, October 24. Currently, the Houston Astros lead the Boston Red Sox in game six, and will clinch the series with a win today. The Dodgers and Braves will play game 6 tomorrow, October 23, with the Braves leading 3 games to two going into that game.

Physical Education teacher, Boys Varsity Baseball, and former Minor League Baseball player Matthew Lemanczyk, said, “Predicting who will be in the World Series is no easy task, but if I had to take a guess, I think the Red Sox will be playing the Dodgers. I feel like the Sox are playing well right now and firing on all cylinders (they’re hitting well, playing great defense and their pitchers are lights out). The Dodgers have tremendous talent with a handful of veterans that have been to the World Series before. One player that comes to mind is Albert Pujols. I remember meeting him when he was with St. Louis during my time in the minor leagues and he was a class act that played the game the right way. His experience and professionalism are the reasons that I am taking the Dodgers in the West, along with the fact that their entire lineup is stacked with incredible hitters. Because I am also a Yankee fan, I cannot select the Red Sox to win the World Series. That said, I will select the Dodgers to win it all.”

AP US History teacher Frank McCaughey said, “I think in the National League, the Dodgers have the experience and pitching to defeat the Braves and move onto the World Series. The American League (AL) is tougher because I think both teams are good and pretty evenly matched with strong line ups. If pitcher Lance McCullers is out for the Astros, it will make [my prediction] tough, but I’ll still pick them to win. In the World Series… I’ll pick the Astros to win in six games. Although the Dodgers will be looking for revenge, I think the Astros are on a mission to prove they are champions after the 2017 title was marred by their cheating scandal. It is also finally the chance for long time successful manager Dusty Baker to finally get the championship that has long eluded him.”

Senior and Boys Varsity Baseball Team player Jacob Davidson said, “In the ALCS, I think the Astros are a more talented team, but the Red Sox are in the middle of an impressive hit streak. I can easily see either team advancing but my gut says the Red Sox due to their improved pitching performance in the postseason and their hot lineup. I also see the Dodgers advancing in a seven game series against the Braves. A shorter series would make things a lot tougher, but in a seven game series, the Dodgers’ rotation is a lot deeper than the Braves. The unpredictability of baseball is what makes it so entertaining, but those are my guesses in the league championship series. In the World Series, I have the Dodgers yet again. they’re a juggernaut and they better be with the highest payroll in the league. On top of most of their World Series team returning from last year, they added a top 3 shortstop and top 3 starting pitcher in [Trea] Turner and [Max] Scherzer. They’re all extremely experienced and simply have too much talent to consider anything short of a repeat of a successful season.”

Junior and Boys Varsity Baseball Team player Jeremy Diaz said, “For the NLCS, I’d like to see the Braves pull ahead of the Dodgers. However, the Dodgers have done a lot to get to where they are at, fighting in a tough division. Based on the regular series, the Dodgers have the best chance of winning the World Series, as indicated by their better ERA than the Braves. Regardless, everyone loves a good underdog story and to take down the Dodgers would be a great feat. For the ALCS, it would be quite a story to see the Astros win after the sign-stealing scandal in 2017-18. It’s because of this that the Red Sox are the popular team and might put the Astros in their place again. With the support of much of the baseball community and the likes of [pitcher] Nathan Eovaldi, [outfielder] Alex Verdugo and [infielder] Rafael Devers on their team, I expect the Astros to put up a fight between the two teams. I expect the Dodgers to win it all, but the Red Sox will definitely put up a fight.”

Senior and Boys Varsity Baseball Team player Hamza Khan said, “I think that the Astros and the Dodgers are most likely to advance to the World Series. Because the Astros offense is very consistent, I think that they will take it all in Game 6 against the Red Sox in the ALCS, even though the Astros haven’t won a championship since 2017. But this season the Astros continued with a relentless offense, with a vacuum cleaner defense, and they currently have one of the strongest pitching staff in the league right now. I believe this year’s Astros team can defeat the Boston Red Sox and advance to The World Series. As for the Dodgers, I believe they will advance to the World Series despite losing their first game; they can come back and win the series in six games. I believe the Dodgers may take it all because comparing them in the regular season, the Astros seem like a bad team, and I believe the team will choke up like they did two years ago.”

Junior and Boys Varsity Baseball Team player Yuga Suzuki said, “I believe that the Astros and the Dodgers are going to make it to the World Series. I prefer the Dodgers, and they have shown that they have a strong team, especially with their championship win from last year. The Astros have also been in the postseason five years in a row since 2017.”

Sophomore Daniel Montan said, “Out of the four teams, I’d say the Houston Astros and the Atlanta Braves will make it to The World Series. The Astros won in 2017 against the Dodgers and [have] since then proven to be a strong team. As a New Yorker, the team I despise the most has to be the Red Sox. They’re our biggest rivals, and I don’t really like LA. I think the Astros are going to win the World Series. A player that I’ve recognized is Jose Altuve because his stats are good, and he has shown to be a clutch player at the best moments.”