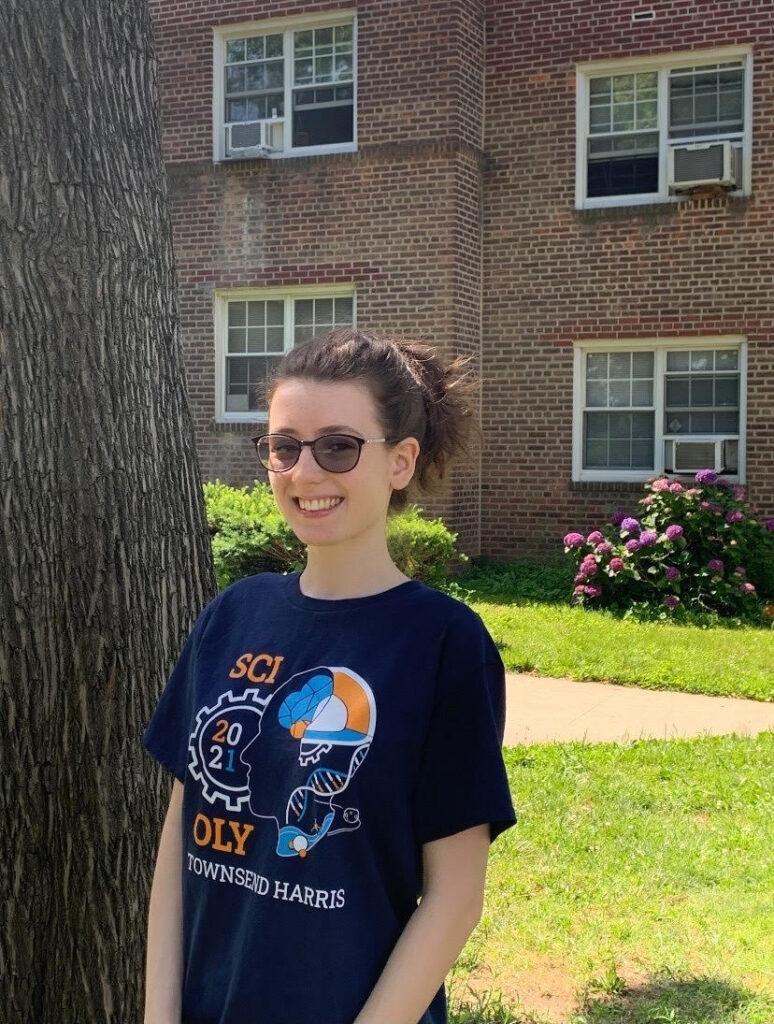 Through her role as Science Olympiad president and her extensive involvement in various scientific extracurriculars in and out of Townsend Harris, senior Sonia Hasko has long had a strong passion for science. Since early on, Sonia has been drawn to the nature of chemistry and how matter functions, inspired by the teachers that surrounded her.

“Freshman year chemistry class only confirmed my love for science: I’d constantly ask Ms. Thomas and Ms. Lynch questions about what we were learning, and my curiosity regarding chemistry trumped any curiosity I’d ever felt before,” Sonia said.

She has continued to explore her curiosity in the sciences through participation in the science research program. In her sophomore year, Sonia began research under the tutelage of a THHS alumna Dr. Sarah Rosengard, a postdoctoral fellow at the University of British Columbia with an oceanographic research focus. With her mentorship, she conducted two research projects that combined the disciplines chemistry, biology, statistics, and environmental sciences. Sonia studied San Francisco’s and New York’s estuaries, as well as hurricanes and rivers in the New York area, using publicly available satellite data, to observe trends in phytoplankton blooms.

Although she was initially nervous about joining science research, she said she found an environment in which she was able to thrive. Sonia expressed gratitude to Dr. Rosengard and her science research teachers, Katherine Cooper and Susan Brustein for their support. “They read my papers multiple times, listened to my presentations every week during competition seasons, and enabled me to achieve my goals with their impressive feedback,” she said.

As most of her time working on these projects took place during the pandemic and remote learning, Sonia faced an array of unique challenges in pursuing her research. “I learned how to ask for help,” she said. “Having virtual relationships with my mentor and teachers, especially when it came to understanding computer programs like MATLAB or learning complex statistics, meant having to ask questions all the time.”

Throughout her high school career, Sonia has garnered many achievements, being recognized as a finalist at both the Junior Science and Humanities Symposium (JSHS) and the Terra New York City Science and Engineering Fair.

In addition to science research, Sonia credits Science Olympiad for allowing her to further her scientific exploration in a collaborative, close-knit environment. “Seeing the members blossom into their roles on our three teams has been incredibly rewarding for me,” she said. “I’m nostalgic for all the memories that I’ve made this year; now that I’m going to college, I’ll miss all of our inside jokes and fun traditions.”

Beyond Science Olympiad Sonia serves as the president of the Modern Innovative Technology (ModIT) club and Habitat for Humanity, in addition to being involved in a few extracurriculars outside of school.