With increasingly crowded lunch bands, THHS should be an open campus for all students 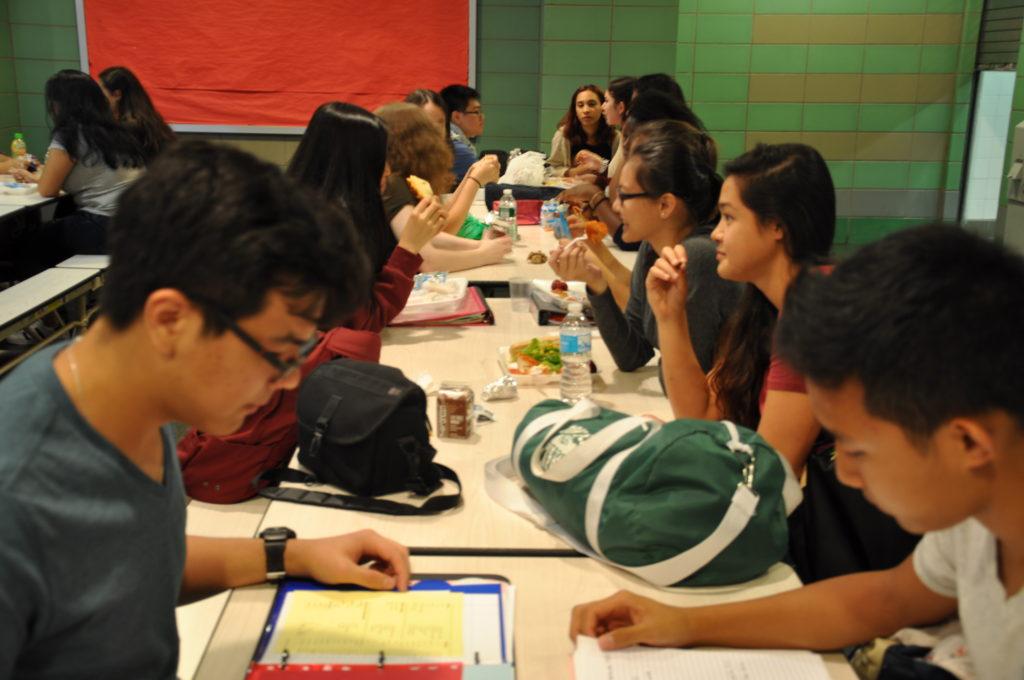 At the beginning of the school year, a new lunchroom policy was put into effect by the school administration in an effort to curb the spread of COVID-19. Half of the seats in the lunchroom were closed, and the lobby area was designated an alternative dining area. The outside of the main entrance was also turned into an additional eating space, but underclassmen weren’t allowed to leave the school premises.

Explaining the decision in an email earlier this year addressing “safety concerns,” the administration makes clear the following: “The school is not an open campus, students may not leave and return during the school day, other than seniors attending classes at Queens College. Once you enter the building you must remain until your school day is over.”

Given that many students had been leaving the building without issue all year, this policy doesn’t make sense, especially given how the administration gave no rationale to why students are not allowed to leave and what the aforementioned “unsafe conditions” are.

In talking to other students attending specialized high schools in the city, many of them, including Bronx Science and LaGuardia, allow for their underclassmen to leave the building for lunch, and grant re-entry with just a simple ID check. There is no reason why other Harrisites shouldn’t be given the same privileges. It has relatively little impact on the school environment, and allows students to stretch their legs and go to the store if they so choose.

The big issue with the no exit policy is that seniors are allowed to leave and reenter campus already. If seniors are allowed these privileges, why shouldn’t the underclassmen be permitted as well? Many of the “irresponsible decisions” that could come with this kind of policy do not vary by age, and I find it hard to believe that the risks associated with allowing underclassmen to leave the building aren’t variably different between sophomores and seniors.

The THHS administration’s email to the school also mentions “safety concerns” but doesn’t explain what prompted these concerns. Really, any “concern” of students being in danger while outside the school building should be immediately nullified when you consider that a large portion of the student population already takes public transportation, and are entrusted to make their way to school and back daily. For example, Robotics kids sometimes stay in school until 10 p.m. during build season, and take public transportation at very late hours. Even those who do not take public transportation regularly leave the school at the end of the day to get food and such, and then return for clubs and sports teams.

Truthfully, the risks associated with leaving the school campus aren’t of too much concern. There’s no problem with wanting to go for a walk to the supermarket on Main Street to get a soda with friends on a nice day instead of being stuck in the cramped cafeteria. There may be a legitimate reason this policy was put into place, but considering other high schools do this and our own seniors are allowed out, I believe something can be done to make this simple change in students’ quality of life.