Behind the scenes of the THHS library reorganization 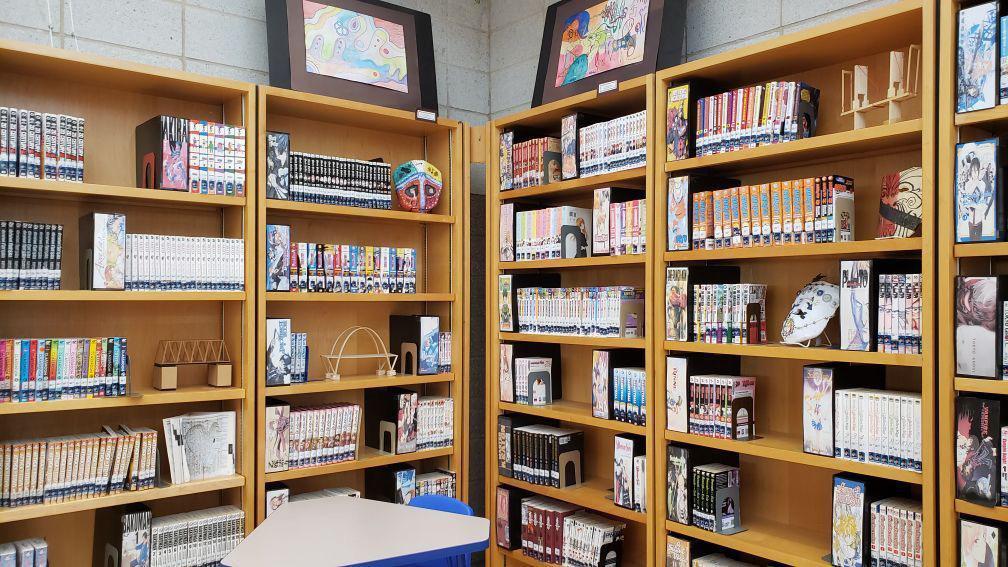 In a cozy corner on the third floor resides the Townsend Harris library, a learning hub where students spend their lunch bands hunched over their U.S. history textbooks or fervently typing their English literature essays at the computer lab. Given the hectic nature of the school year, students often lack the time to use the library to read for leisure. As an educator and the THHS Librarian, Arlene Laverde saw it necessary to take it into her own hands to reorganize the library to make reading more appealing and accessible to students. To get a firsthand account of the process, The Classic interviewed Ms. Laverde and the monitors involved in reorganizing the library’s fiction and manga sections.

Returning from the pandemic, Ms. Laverde found herself swamped with tons of unprocessed books in her storage, thus she found it necessary to restructure parts of the library and get fresh titles on the shelves. “My thought process was [that] I wanted students to be able to see the new books that we were getting,” she said. “I know it sounds silly, but I wanted them to see the new titles that we had, I wanted the library to be visually appealing.”

Through speaking with students and reading reviews, Ms. Laverde explained how she came to select new books for the library: “I want to make sure that the books that are current deal with topics that are of importance to students. I make sure that they are diverse and that they represent everyone in the school, everyone has a story,” she said.

Next came the method of reorganization which involved the collaborative effort of Ms. Laverde and her library monitors. Junior Adeebah Zaman, one of the monitors involved in manually reshelving the books, said, “The major things I’ve helped out with is removing the middle reference section and moving the fiction novels into our free area. After removing that, I’ve also helped with transferring the manga section from inside the little manga room we have into the main floor.”

Ms. Laverde said she’s observed a noticeable change as a result of the reorganization. “We’ve had manga for six years now and I did not realize how many students did not know we had it until we moved it to the main floor and that has become significantly more popular,” she said. “Fiction has also had a surge in popularity because of how we changed its display. Putting specific books on display has made it more eye-catching for students.”

In terms of book popularity, Ms. Laverde said, “Manga is not a genre but a format that has been pretty popular. Romance is a genre that is popular. I’ve had a bunch of kids ask for horror, suspense, and dystopian. Students are looking at classics to prepare for the AP exams which makes me sad because they should be able to use other books aside from the classics.”

Ms. Laverde said she believes that reading in general does not get enough credit for the benefits it serves to enhance students’ academic studies and skills. “If you told Ms. Laverde to run a 26 mile marathon I’m going to say I’m gonna die. I can run a block maybe but if I practice, if I train and take it one step at a time then I can eventually do it,” she said. “We ask kids to take the APS, we ask kids to take AP literature class, [but] all of these tests are tests of stamina and if you don’t have reading stamina you burn out.” Citing her experiences proctoring these exams, she said she has seen kids unable to retain information due to a lack of experience reading for extended periods of time.

Considering the cognitive benefits of recreational reading, Ms. Laverde shared that one of her next passion projects is to introduce independent reading time to THHS during the day for the school community to take some time and pick up a leisurely book. “Even if it’s just for 10-15 minutes a day, sometime during the school day where everybody in the school from the principal to the kitchen staff to the students just stops and reads whatever they want to read,” she said.