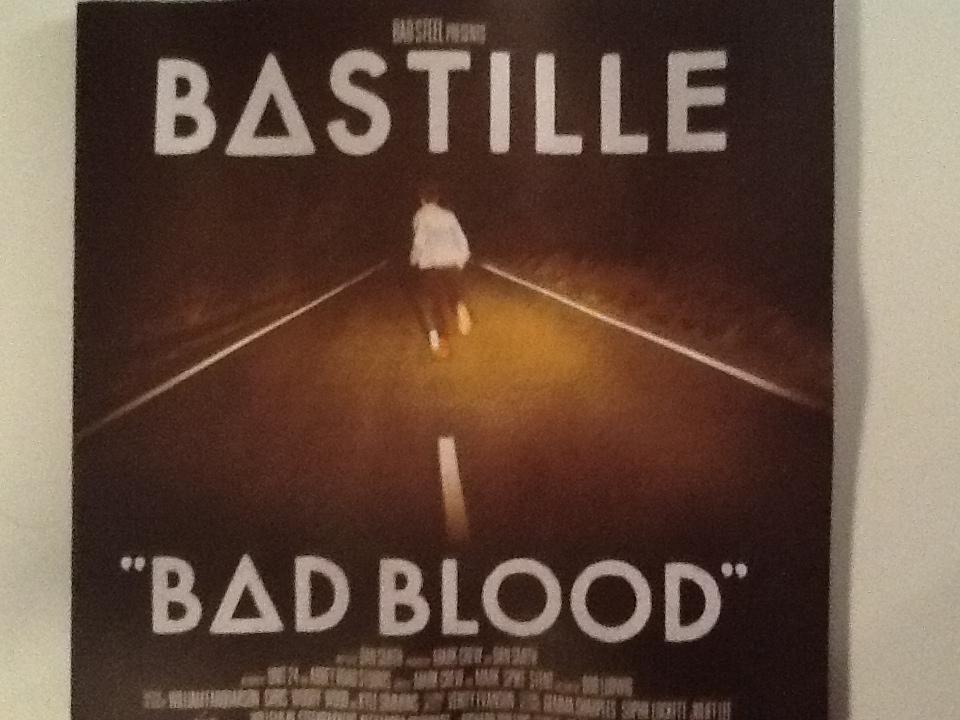 The London native  and lead vocalist Dan Smith formed Bastille in 2010. The group released their chart-topping single “Pompeii” back in February and now hit the scene with their first full album “Bad Blood.”

The heavy rhythms of “Pompeii” help kick off the album with high energy. It features an infectious drum beat and echoing layered vocals that nicely complement the staccato electronics. “Things we Lost in the Fire” continues the energy of “Pompeii” with hand-clapping rhythms, intricate background vocals and swelling keyboard effects. “The Weight of Living Part 2” opens with an electronic riff reminiscent of the Pac-man jingle,  before the glee-club harmonies kick in along with the deep background piano. “These Streets” brings a bit of a jungle-boogie to the album with its catchy xylophone beats , working surprisingly well with its choral vocals.

The band shines on its more intimate pieces like “Get Home.” The first few seconds of Dan Smith’s breathy echoing voice on “Get Home” are truly haunting.  The layered harmonies and simple synths and piano chords makes for an almost spiritual experience.

Lyrically, the band draws on cultural references, from Greek mythology to 1990’s TV shows to 18th century English poetry. The lyrics of “Icarus” describes the greek hero’s flight toward the sun. “Laura Palmer” references the character in the TV drama “Twin Peaks,” and you can thank your sophomore English teachers for being able to spot the Rime of the Ancient Mariner reference in “Weight of Living Part 1” (which for some inexplicable reason comes after “Weight of Living Part 2).

The album comes with three bonus tracks: “Silence”, “Weight of Living Part 1” and “Laughter Lines.” Despite its name, “Silence” is a loud and energetic anthem. It opens up with Bastille’s characteristic “ooos and ohs,” plus some Kings of Leon-inspired guitar. Although “Laughter Lines” does begin with interesting synth effects, it is largely forgettable and fails to stand out from the rest of the album.

The band continues to follow the drum-pounding, hand clapping, style of recent mainstream indie bands like Imagine Dragons and Mumford and Sons, yet with their mystic  vocals, drum-circle rhythms, and unique keyboard riffs, they have achieved a distinct sound.