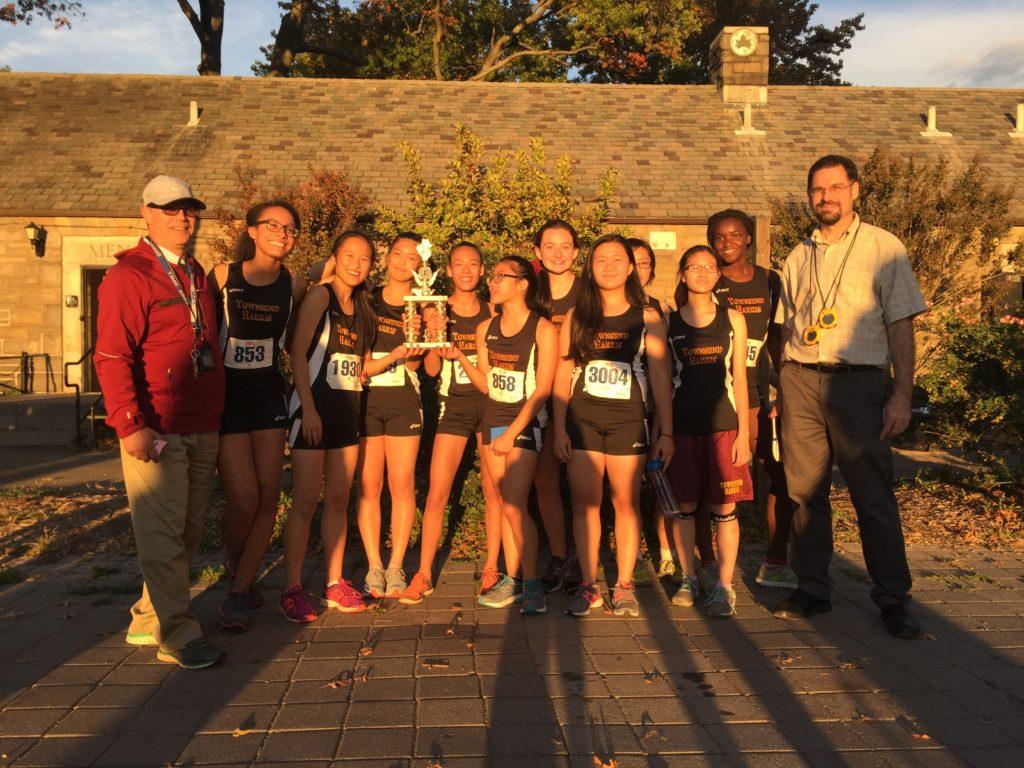 Dr. Mazza, while not running track in his high school or college career, is not new to the coaching scene. For the past eight years, he has served as an Assistant Coach for his children’s CYO basketball teams.

“I like coaching,” said Dr. Mazza. “I like being around the kids. Mr. Connor kept asking if I wanted to do it [become Assistant Coach] and the timing was finally good.”

Although he has little experience with running, Dr. Mazza says he’s happy to “help out” and “encourage” the girls in any way he can.

He aims to be reliable and to assist the team by recording times and driving the school van to and from meets.

“I don’t think I’ve run 3.1 miles total in my entire life,” Dr. Mazza joked. “Right now, I just enjoy being around the team because they’re really fun to be around. Last week, I carried the bag of sweatshirts and stuff from the starting line to the tent, and I’m happy to do stuff like that because I really admire how hard those girls work and their dedication to what they do.”

At the same time, he hopes to learn more about track from Mr. Connor as he takes on this new role.

“I’d love to learn more about track and help Mr. Connor more and provide input and feedback [to the girls],” he said. “The idea of being on a track team and running was just beyond what I could comprehend, so I can really see why they do it now.”

The girls are impressed with Dr. Mazza’s initiative to learn more about both the team and the sport.

“He’s been super helpful at our meets and gets along well with all the girls on the team,” said senior captain Joanna Huo.

Senior captain Yasmeen Ally said, “The team is beyond satisfied with Dr. Mazza. He is slowly becoming a part of our track family.”